Is there a WWE 2K23 Nintendo Switch Release Date?

Like every yearly release, WWE 2K23 is announced and 2K has great plans on what they’ll include for the fanbase. The popular wrestling franchise has seen plenty of evolution in both visuals and gameplay departments and we love it. Although the official teaser of the game is out, we have a few extra details that we’d like to share with you. In the past, WWE 2K18 arrived on Nintendo’s flagship console, Nintendo Switch, and featured the same experience compared to major platforms. So does 2K Games have any plans for bringing the latest iteration of the WWE 2K series to Switch? Continue reading the article to know everything about WWE 2K23 and whether there is a release date for it on the Nintendo Switch. 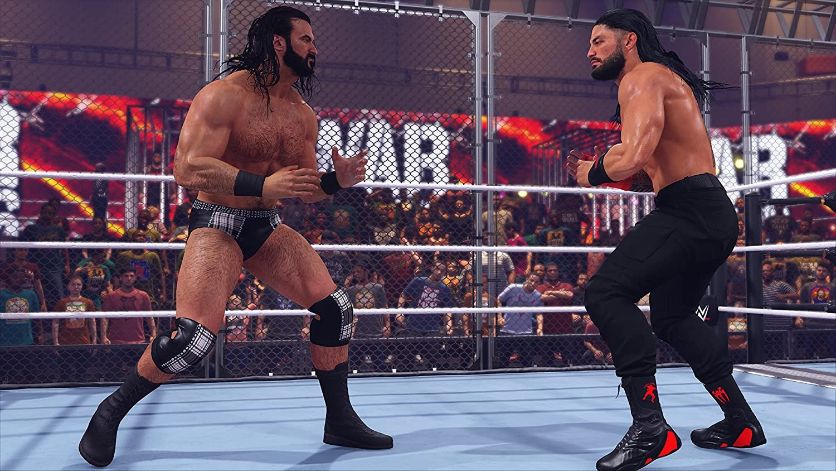 Seeing the immense success of WWE 2K22, 2K Games are going all out in terms of featuring new content in the upcoming title. Apparently, WWE 2K23 will offer beautiful graphics, realistic lighting, new camera angles, and fluid controls that’ll elevate the wrestling experience. What’s more, the game will receive a new game mode called “WarGames” and also features the journey of one of the prominent wrestling figures, John Cena himself. The whole host of features certainly sounds alluring to the fans so what about those who own Nintendo Switch?

Is there a release date for WWE 2K23 on Nintendo Switch?

Unfortunately, there is no release date for WWE 2K23 on Nintendo Switch and we are quite sure that it will never be released on this platform. 2K Games decided to pull the plug on releasing WWE 2K games on NS after WWE 2K18 because of how poorly it was received by fans. The terrible framerates, bad audio quality, and graphics are some of the reasons why we won’t get to see WWE 2K23 on Switch. It got so bad to the point that even WWE themselves expressed their disdain for 2K’s poor quality control regarding WWE 2K18. One can clearly see it was a rushed port and the devs didn’t bother fixing the technical issues.

Anyways, the returns won’t be as profitable, and the cost of developing the Nintendo Switch port can be expensive. The devs are pooling all their resources into developing WWE 2K23 for PlayStation 4, PlayStation 5, Xbox One, Xbox Series X/S, and PC. We know how heartbreaking it is for those who were looking forward to experiencing the game on Switch. But, there is very less or maybe 0 chance of this game or any upcoming installments in the series being released on the Nintendo Switch.

We hope that you enjoyed reading this article. Stay tuned for more updates about the latest WWE 2K23 news, announcements, and more at Digistatement.