Wild West Dynasty is the upcoming action-adventure role-playing game, currently in development by Virtual Magic Games and will be published by Toplitz Productions. Wild West Dynasty is set in the Wild West atmosphere where the player takes the role of a cowboy who starts his journey from scratch and builds the whole town on his shoulders. It includes many exciting things that are required in the city such as building saloons, architecture, hotels, etc. Being the creator of the town, you are also obligated to protect it from goons and bandits.

Wild West Dynasty’s game reveals trailer has been launched recently by Toplitz Production and it has grabbed the attention of many RPG Simulation lovers. As many players have watched the reveal trailer of this game, they have started wondering that whether this game would be releasing on PS4, PS5, Xbox One, and Xbox Series X|S or not? So, if you are also having a similar question in your mind, then read the full article to find out everything about this topic.

As mentioned in the reveal trailer itself, Wild West Dynasty is only planned to be released via Steam only. So, it means that you can only play this game on Microsoft Windows. Therefore the answer to the question, “Is there a Wild West Dynasty PS5, PS4, Xbox Series X/S, Xbox One Release Date?” is a big NO. If you haven’t watched the trailer yet, here is the snippet from the reveal trailer that confirms Steam as the only medium of playing this game. 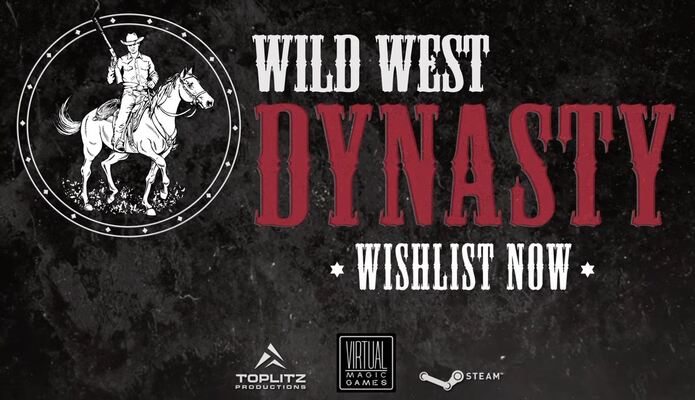 However, the game is currently under development and will be launching in 2022. So, there can be an additional announcement from the game’s publishers until it gets released. If anything comes up from the Toplitz Productions regarding this topic, we will surely inform you at the soonest. So, stay tuned to DigiStatement for further updates.