Warhammer 40k is one of the successful franchises that has delivered quality gameplay and each sequel has improved upon everything. Owlcat games announced one of their newest cRPG, Warhammer 40: Rogue Trader for consoles and PC and is set in the same universe as core games. It is created by the same people that have worked on popular games like Pathfinder: Kingmaker and Pathfinder: Wrath of the Righteous and is available on PC by buying the founder’s pack on the official website, where you can access the beta version of the game. 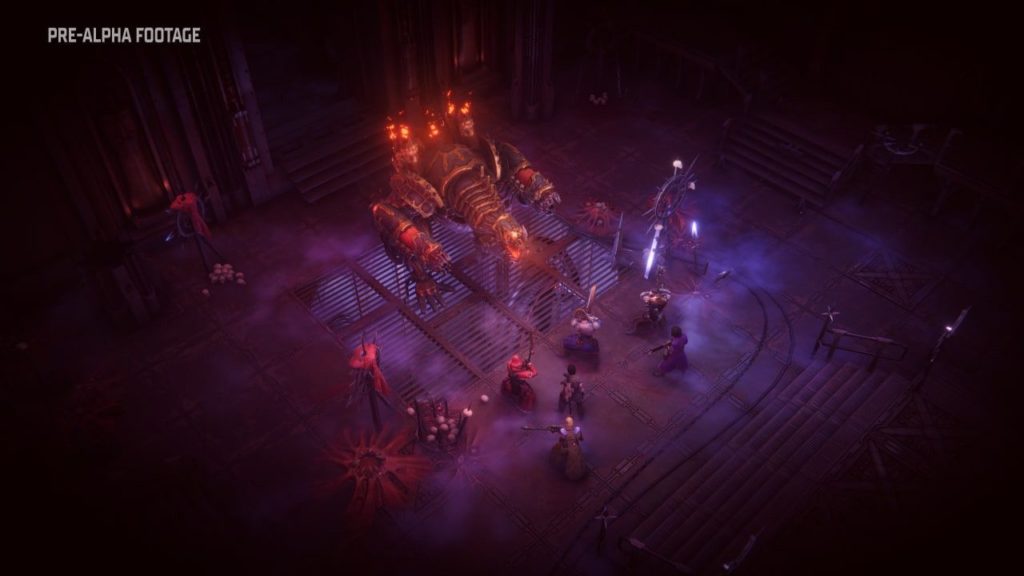 Warhammer 40K Rogue Trader is an isometric cRPG game that’s set in a dark fantasy world where it will offer players fateful decisions, non-linear stories, and powerful yet diverse allies with complex gameplay mechanics to master. In the game, every decision you make will impact the consequences whether carrying the emperor’s command faithfully or colluding with enemies of mankind.

The lore of the game

The world of Warhammer 40K: Rogue Trader is very grim and unforgiving that offers mysterious charm. Players take control of Rogue Trader, an explorer anointed by the god-emperor of mankind to carry out his duties. The exploration happens outside of the range of the imperial palace where Rogue Traders carry special authority and have full control of their own operations.

Few become wealthy after establishing profitable trade agreements with mysterious civilizations, while others choose to eradicate those mysterious civilizations. Warhammer 40K: Rogue Trader will take place in Koronous Expanse, and players can enlist some of the powerful & reliable people to his side like a mighty space marine, a mercurial Aeldari Ranger, or even a brave sister of battle armed with ardent prayers and bolder.

At the moment, Owlcat Games haven’t shared anything about the release date of the game and when it’ll be coming to all major platforms. However, fans who will order the founder’s pack will have access to both early alpha and beta releases of the game.

Fans who loved the Warhammer series and wondering if Rogue Trader is dropping on Nintendo Switch, sadly it won’t be released on Switch as the game’s developers and website didn’t share any hint regarding the same. Warhammer 40K Rogue Trader will be released on PC and consoles including PlayStation. An Xbox port might follow up later. If it does get an announcement of a Nintendo Switch port, we’ll keep you updated as soon as possible.

We hope that you enjoyed reading this article, stay tuned for more updates about Warhammer 40K Rogue Trader, news, and more at Digistatement.

How to Auto Upload PS5 Screenshots and Pictures to Phone App

How to Auto Upload PS5 Screenshots and Pictures to Phone App