If you are one of those players who love high-flying action sequences set up on an alien planet, here is a game for you. It is known as The Riftbreaker. It is one of the best action-RPG games we have come across and is a must-play for sure. Here is everything you should know about the game – 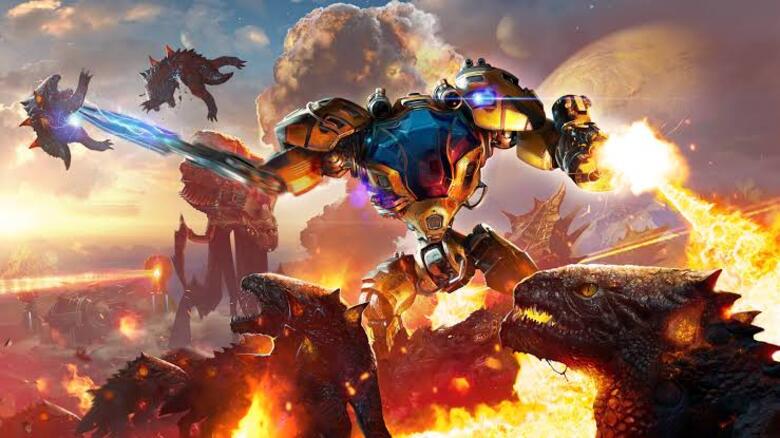 The primary portion of the game is about base building. This is something similar to RTS, Factorio and They Are Billions. To add up, it also has the elements of Diablo sprinkled in it. According to the developers, all these games “served as the inspiration in the making”. Then there is the traditional tower building element. Since you will be playing on an alien planet, defending your base from hordes of powerful aliens, you will need to build watchtowers and other security buildings.

Then you have your favorite action and RPG elements. Playing as the main protagonist, you will spring into action as well, defending yourself and your base against a variety of aliens. You will have some heavily powerful weapons and an ultimate mecha-suit!

The list does not end here! Being on an alien planet, you will have to do a lot of exploring and stuff, studying the flora, fauna and biomes of the planet. This adds up as the exploration element. And do not forget it survive in this survival-also game!

WHAT IS THE STORY OF THE GAME? 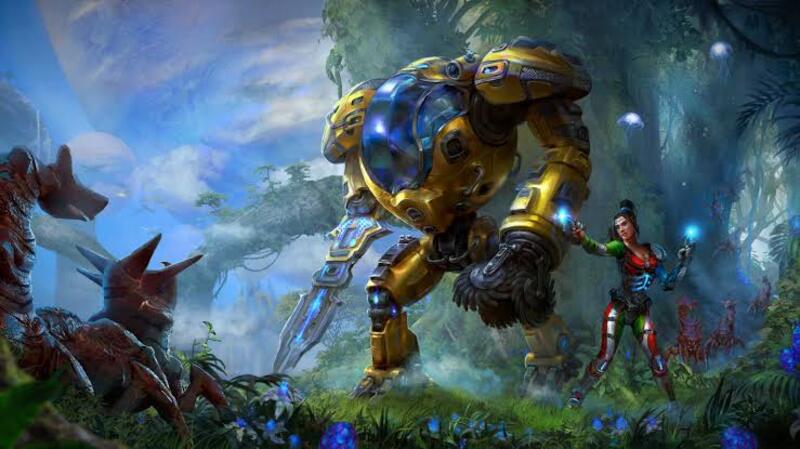 The Riftbreaker allows you to play the main protagonist, Ashley S. Nowak, who is an elite scientist and commando as well. She has her all-powerful and dangerous mecha suit, Mr Riggs, which she operates throughout the game. Mr Riggs will be the main gameplay unit and everything you do starts from and with him.

You will be sent on a one-way mission to a mysterious, undiscovered and habitable planet called the Galatea 37, present in the distant past of the galaxy. One of the two primary goals of the missions is to explore the planet and set up the base for future human colonization. The other important goal is to create a two-way rift back to the earth.

WHAT ABOUT THE GAMEPLAY?

You already know that the game is going to be a mix-match of everything. It is a top-down strategy game, so you have to apply a lot of strategies.

Your main goal will be to set up a base with industries for resource gathering and walls, barriers and defence towers for protection against hordes of alien enemies. Galatea 37 has a lot of biomes, and you will find different missions set up in different biomes. So you will have to adapt to the conditions well.

Your main weapon, strongest defence and “hero” unit will be your mecha-suit Mr Riggs. You will have to do a lot of exploring with it. It will come with a lot of abilities and weapons like Gravity Grenades, a Mini Nuke Launcher, a Flame Thrower and many more. These will be unlocked and upgraded as the game advances.

WHAT ARE THE RELEASE DATES AND PLATFORMS? 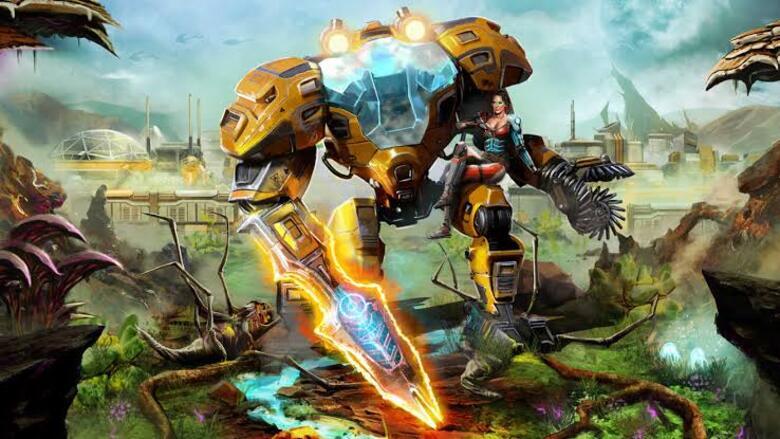 The Riftbreaker has already been released for the masses on 14 October 2021. Currently, it is available for the PC, Xbox One, Xbox Series X|S, PlayStation 4 and PlayStation 5 users. So you might be wondering, what about the Nintendo Switch release?

When asked the same question, Exor Studios mentioned that the Nintendo Release date is not on the list right now. But that does not mean that the game won’t come to Switch. It can happen anytime sooner or later!

This was everything you need to need to know about The Riftbreaker. Follow Digi Statement for more details like these!