If you love your doggo and wish to pamper him all the time by feeding him donuts, then Dog’s Donut is a game that you’d enjoy very much. It is a physics-based puzzle game made by Robotizar Games. Given the simplistic level design and art style of early NES games, animal lovers are delighted to enjoy this game with a pink atmosphere and an adorable husky. Well, after playing this adorable title, many are wondering if it’ll be coming to Nintendo Switch as most of the newly retro-based games arrive on Switch. Continue reading the article to know more about Dog’s Donut and if it’ll be coming to Nintendo Switch. 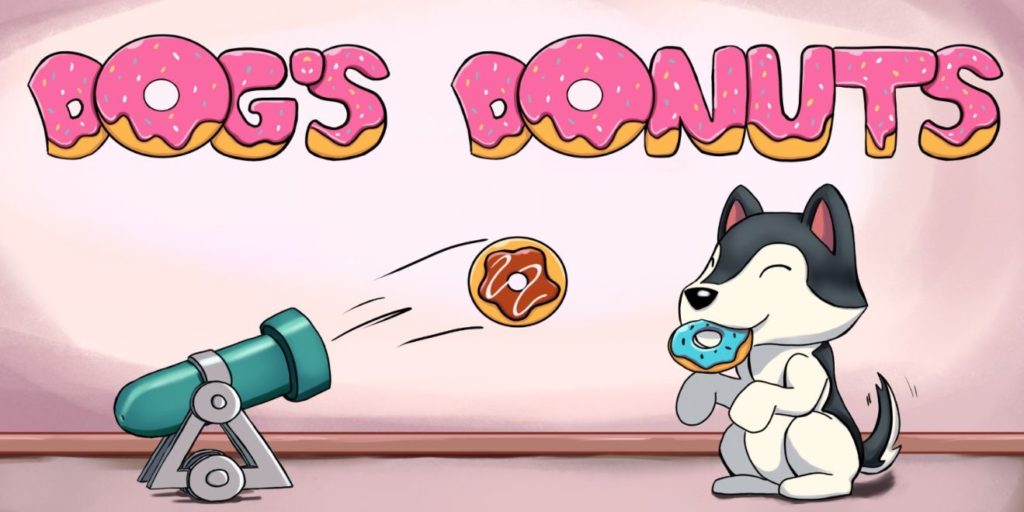 The core objective of players in this game is very simple, all they have to do is feed their husky with donuts and take control of a machine that shoots donuts. On each level, your husky will be positioned in specific areas and eagerly waits for you to offer him a treat, but here’s where things get tricky. As it’s a heavily physics-based game, you have to use your intuition carefully when shooting donuts and gauge the distance of where they’ll land after shooting the donut.

You’ll have plenty of innovative ways to get your husky the sweet tooth he deserves, there’ll be shovels, springboards, and drones that you can make use of in the game. Oh and don’t let the pooch wait too long or he’ll get angry for not getting his treat, so tread carefully.

Features of the game.

Original Soundtrack made from scratch to keep you immersed in the game.

Easy to learn with simple and intuitive controls

Lots of love and thought was put into every detail of the game.

40 handcrafted stages to be solved.

Many indie studios that create retro games or physics-based puzzle games know just how big the market is on Nintendo Switch and given the enormous audience, many small-time devs often release their games on Switch. Now the main question that most of you are here for is Dog’s Donut releasing on Nintendo Switch? The answer is YES, it is available on the Nintendo Switch! You’ll be able to enjoy this cute doggo game that’ll guarantee you a good time or if you play casually, it is worth checking out.

We hope that you enjoyed reading this article, stay tuned for more updates about Dog’s Donut, news, guides, and more at Digistatement.