Is there a Back 4 Blood Nintendo Switch Release Date

Back 4 Blood is the latest title to gain attention by many gamers due to the developers of the game, Turtle Rock Studios being the creators of Left 4 Dead.

The game has been garnering a lot of attention due to the subtle similarities with Left 4 dead games.

To gain access to the Open beta test you can either pre-order the game from here or gain access through twitch drops.

To understand how to receive twitch drops for Back 4 Blood, read our article here

What is Back 4 Blood

Back 4 Blood is a co-op game that you can play with up to 3 of your friends or simply play solo. Fight against mutated creatures called the “Ridden” whose aim is to eradicate humanity by devouring what is left of them.

The game requires strategic teamwork if playing with others, to beat the increasingly challenging missions.

Back 4 Blood consists of 8 playable characters, called the “cleaners”, all with their unique abilities and skills. Similarly, the game also consists of 8 types of ridden out of which only 4 have been released yet.

Cooperative Story Campaign, which consists of an up to 4 player co-op campaign story where you have to work together as a team to beat the challenging missions

Competitive Multiplayer or PVP, Play against your friends by either choosing to play as a “cleaner”, i.e a human, or a horrifying “Ridden”, i.e mutated creatures that have become a threat to humanity’s existence.

Extreme Replayability,  a completely different game mode that provides you with new and exciting combat experiences every time you play it. 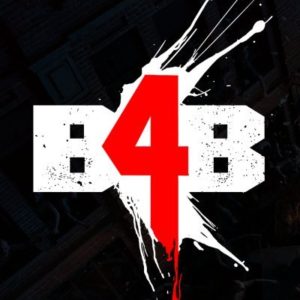 What platforms is Back 4 Blood available on?

Back 4 Blood is available for pre-order on all major gaming platforms, PS5, Xbox series X, PS4, Xbox One, and PC

Many fans wonder whether there will be a release of Back 4 Blood on Nintendo Switch and as of currently there is no information regarding it.

The developers haven’t mentioned anything regarding a release on Nintendo Switch, fans on Switch can unfortunately only wait and hope that the game is eventually ported to Nintendo Switch.