A Way Out is a story-rich co-op game that provides a unique multiplayer experience. Nothing screams better than a good old Split-screen multiplayer game. All the gameplay footage hasn’t answered one glaring question for the fans. Is A Way Out split-screen across all platforms? Well, don’t worry if you’re one of those people that don’t have the answer to this question yet, since we have the answer. Today, we will shed some light on the subject and talk about the game’s split-screen capabilities. Let’s get straight into it. 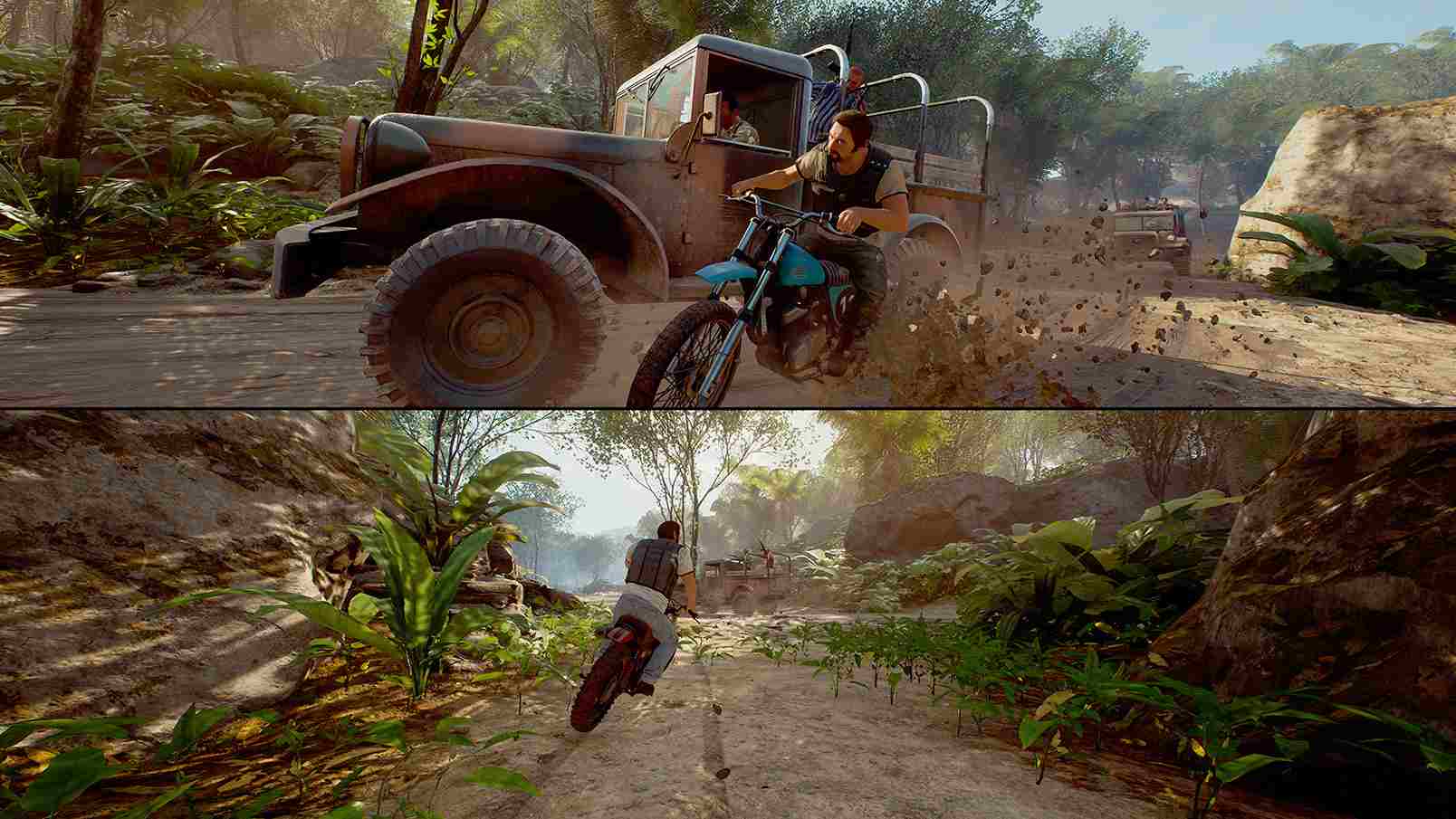 So, old-timer, you’ve been trying to find a game that will let you enjoy a split-screen multiplayer similar to what COD did back in the day? Well, you’re on the right path if you’re reading this article. You will be happy to know that A Way Out supports split-screen across every major platform including PS4, PS5, Xbox, and PC.

The game supports local split-screen multiplayer as well as online co-op split-screen. That means that you and your friends can either play on the same system or you can play on different systems. Split-screen gaming is the true essence of what multiplayer is all about. There used to be a time when people used to put barriers on their screens to prevent the other person from taking a peek at their side of the screen.

This feature was largely believed to be dead but this game has done something special and unique. Instead of adopting the heavily favored crossplay mode, the game has adopted a split-screen multiplayer while actively ditching crossplay over every major platform. Yes, this game has no crossplay support at all. That may rub some people the wrong way but nothing can take away from the fact that a split-screen game is a bold and beloved move by the devs. It’ll be interesting to see how this old technology being incorporated into the modern world plays out. But, we believe that the results are going to be largely positive and in favor of this bold move.

That concludes our article on whether A Way Out is split-screen or not. Now, you can enjoy this game in a local and online split-screen experience. Visit Digistatement for more informative articles like the one you just read. Leave a comment below if you have any queries. Thank you for reading!

The Cycle Frontier: How to get high FPS with no input lag

The Cycle Frontier: How to get high FPS with no input lag