Dragon Ball Super is running its arc of Galatic Prisoner and they have never failed to create an iconic antagonist. This time we have Planet-Eater Moro. He is a humanoid blue goat in appearance and is a mage to be reckoned with. While the franchise has had some amazing villains in Cell, Frieza, and even the latest Jiren, we haven’t seen the unique skill set that Moro possesses in any of them.

While we cannot put a number down on the villain’s power, we can most certainly compare him. His skill set possessing the extraordinary ability to absorb energy from an opponent of any tier indiscriminately and even planets makes it hard… very hard. We have other villains who have trashed a planet, we have even seen the god of destruction in action. But we have never seen a planet getting destroyed and its energy fueling the destroyer. And that is the reason Moro is a level above everyone.

So we have Grand Supreme Kai, Majiin Buu, Goku & Vegeta getting thrashed by Moro simultaneously in 4 different fights. That is when readers learn of what Moro possesses. At full power, both Goku & Vegeta fail to challenge Moro’s power as his absorption powers just completely took over a fight. Their physical prowess just turned against them as Moro becomes unstoppable.

Now the chapter 61 we did see him on his knees, Vegeta using his new Soul Fission.  But he just powers up even more after eating his minions and he is now stronger than before. 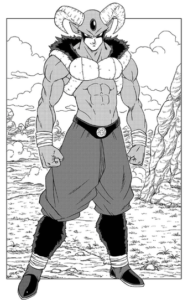 How to unlock DR-H in Call of Duty Mobile

How to unlock DR-H in Call of Duty Mobile