You often come across the term processor while you learn about a smartphone. A processor is the combination of CPU and GPU that powers an electronic gadget. Smartphones of the present gen use octa-core processor. This processor is supported and powered by a GPU chipset. The GPU drivers are what determine the chipset and power the integrated functions of smartphones. Google launches various API that allows users and developers to perform several tasks that can change the behavior of a device. One such API is Project Mainline. This allowed users to update their device features but to more complicated and advanced elements.

You can now upgrade your GPU due to the project mainline. Update for GPU drivers will now be pushed out on OEM stores. Simple steps must be performed to get your device updated from the older GPU drivers and therefore, that brings you to this article. Before proceeding with the steps, check out the uses of an updated GPU driver, and what changes they feature.

Android devices running on Snapdragon 855, 845, or even 765 can update their GPU Drivers. The latest chipset from Qualcomm is Snapdragon 865. The GPU driver of this chipset is the Adreno 650 which is clocked at 587 Mhz. Recently, an update for this GPU driver was pushed out on OEM distributors/stores. The latest update brings various optimization and changes. 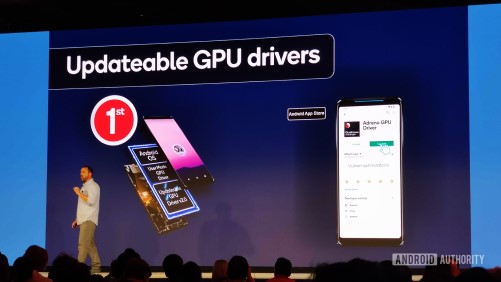 First of all, the non-updated GPU driver has a couple of issues one has to deal with. The Adreno 650 has failed to meet the graphics expectations of the people. Especially, gamers have been pretty disappointed as the graphics crash at execution in such a way that it slows and affects the entire system. Therefore, the perfect update has finally been released. The updated GPU driver will boost your device performance by 3%.

Also, users can play high-end graphics-based games with ease, which include PUBG, COD-M, and even Fortnite mobile version. Above all, the updated GPU driver will extend and optimize battery and power consumption. Additionally, the latest GPU driver contains Updates to OpenGL ES and Vulkan. Continue reading to update GPIU driver of your smartphone that runs of Snapdragon 865 chipset.

The recently pushed out update is for Adreno 650 driver. Presently, only Xiaomi has managed to push out the update. But not to worry, as these updates as mentioned, are pushed out on App stores. So all you need to do is download the Xiaomi app store and follow the simple instruction given below to update your GPU driver.

Open the Mi App store on your device.

Copy and paste the below text on the search bar. It is to search for a GPU driver update.

Find the App whose icon looks like the below image. 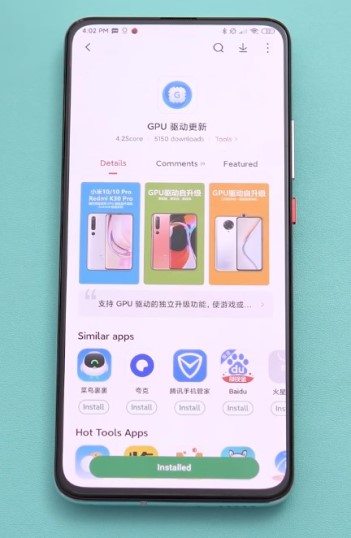 Finally, this will update your GPU driver to the latest available version.

If your device isn’t powered by the latest Snapdragon 865 chipset, don’t worry! You can still look for the latest update and install them. Follow the instructions given below.

With the given guides, you can update the GPU driver of your Android device within steps. Reach out to us via the comments section if you face any trouble updating the GPU driver.

Steam down – Server connection issues & login not working for many users

Steam down - Server connection issues & login not working for many users