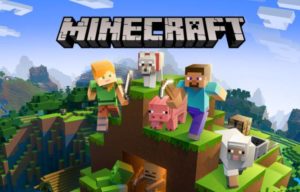 Minecraft is one of the most popular games which is developed by Mojang. This game was created by Markus Persson in the Java programming language. After several early test versions, the main game was released as a paid public alpha for personal computers way back in 2009 and finally released in 2011 with Jens Bergensten who took care of the game’s development. The game is largely appreciated for its fine blocky, procedurally-generated 3D world. It has infinite terrain where can discover and extract raw materials, craft tools, and items, and build structures. Since 2011, Minecraft has been ported to several other platforms and is regarded as the best-selling video game of all time. It sold over 200 Million copies and as of 2020, it has more than 126 million active users.

How to Run Minecraft Java Edition on Android Device

First of all, to launch your Java edition on your android device you’ll need a good launcher. We will use PojavLauncer this time.

Pojav Launcher is a Minecraft: Java Edition launcher for Android based on Boardwalk. This launcher can launch almost all available Minecraft versions.

You can search for this launcher on Github via chrome or you can simply click here.

How to run Minecraft on Andriod device