Diablo Immortal features many factions that players can join and, depending on their goals, they can receive unique rewards and perks in the game. Players can join three types of factions like Adventure, Immortals, and Shadow, each possessing its own requirements if you wish to get in. The Shadow is one particular faction that operates completely differently and takes a long time and patience for players to get in. If you’re looking to join the Shadow faction and want to understand their motives and requirement, we’ve laid it all out in this small handy guide that’ll prove very useful. Continue reading the article to know more about factions and how to join the Shadows in Diablo Immortal. 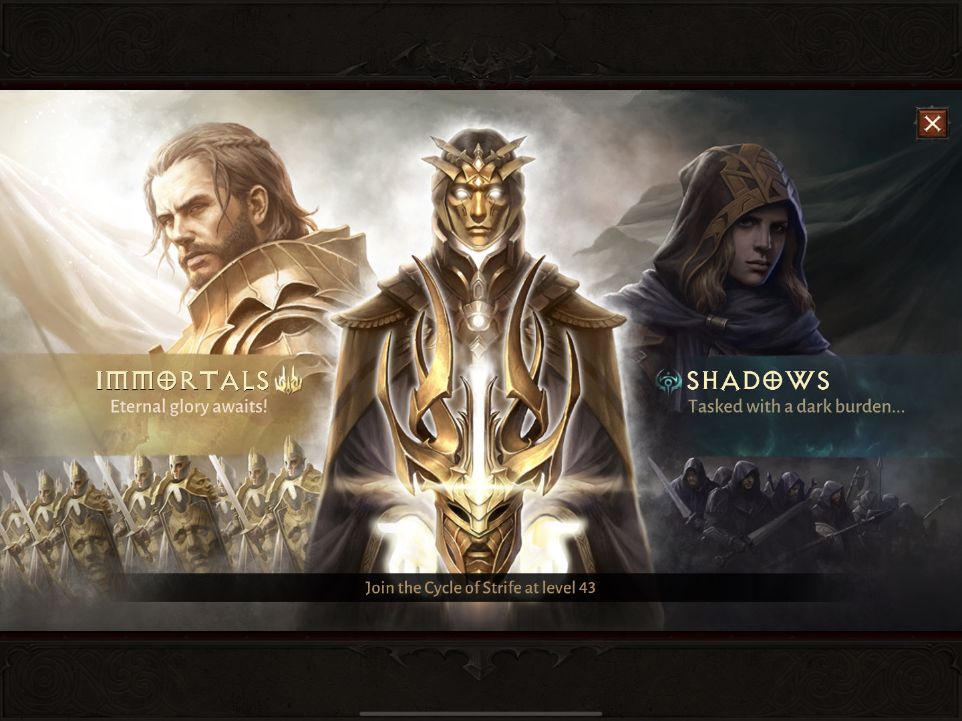 What purpose do factions have in Diablo Immortals?

Players who are new to the game aren’t aware of the cycle of strife that many factions compete for and want to have absolute control over it. Players at the beginning of the game starts as adventurers and only a select few can join the immortals, as for the shadow faction, many can join the faction. Unlike adventurers who are more neutral type, the shadow faction is more PvP oriented and it takes a while before you can officially join their ranks.

There are two ways that players can get into the shadow faction known as The Shadow Lottery or by being invited by a member of the Shadow.

In order to get yourself enrolled into the Shadow faction, enter the Westmarch tavern after you have reached level 43. It is located near the docks of the Shasshar sea. Head there and speak to a mysterious patron, and beat all odds against other registrants at the specific time. The lottery starts every day at 12 pm, 6 p.m, and 9 p.m server time and only stays for an hour. Here are the key factors to gain access to the shadow lottery

Getting invited by a member

To receive an invitation from a show member who uses Akeba’s Signet is the easiest way to join the Shadow faction. Members can take possession of the signet once they’ve won the lottery once again and defeat three guardians.

We hope that you enjoyed reading this article, stay tuned for more updates about Diablo Immortal, guides, news, and more at Digistatement.

Diablo Immortal: How to beat Skarn

V Rising: How to get servants

V Rising: How to get servants