How to fix Chivalry 2 not working issue on PC

Many players are frustrated with Chivalry 2 not working on PC and having all sorts of issues. It is a unique multiplayer hack and slash title that incorporates a medieval fantasy setting and general themes of war. it got many rave reviews and praises for fluid combat mechanics and refined maps that feel amazing to explore.

This isn’t to say that it’s flawless as there are a few issues that prevent it from being fully enjoyable like random crashes, FPS drops, and the game refusing to launch despite meeting the minimum requirements on PC. If you’re also one of those unlucky souls who have a hard time running this game, not to worry as we’ve listed a few workarounds that’ll help you mitigate the problem. Continue reading the article to know how to fix Chivalry 2 issues on PC. 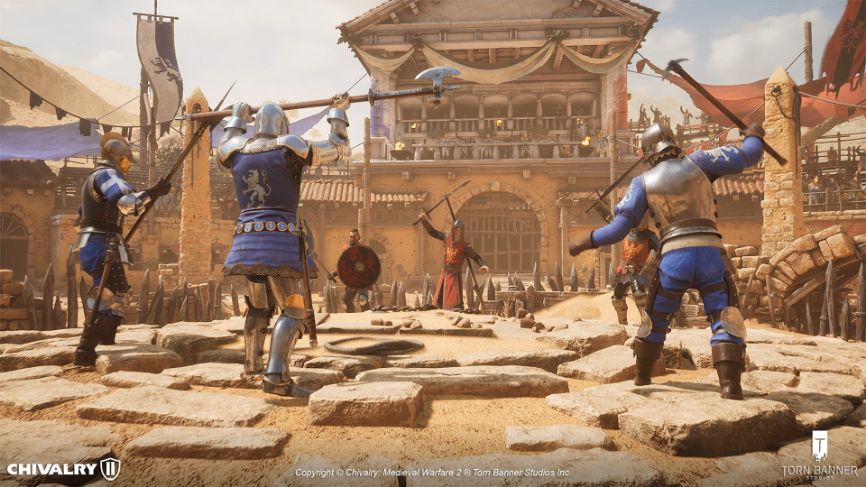 Fixes for Chivalry 2 not working on PC

To help you boot the game and troubleshoot the issues, we have listed several of the official fixes that many fans have used to successfully fix the game. With that being said, check out the workarounds to fix Chivalry 2 not working on PC issue.

Run the launcher as an administrator

If you’re having issues with Chivalry 2 not working on PC, it’s mainly because the game is unable to access all of the administrator features which results in crashing. To fix this, start the game launcher executable file as an administrator. Follow the steps below to do so.

The most generic yet obvious thing that most people overlook is not updating their GPU drivers to the latest version. Make sure to install the latest drivers through the official manufacturer’s website like NVIDIA or AMD. To update the drivers, follow the steps below.

As it’s an online game, there’s a high chance that Windows Firewall is blocking the game from accessing the internet which is why it is refusing to load properly. Also, make sure to close unwanted applications that might be running in the background. Turn off your firewall temporarily and see if the game is running properly. Here’s how to disable the firewall.

If Chivalry 2 is refusing to launch despite trying multiple times, it might be because the game has an incomplete installation or corrupt files and can be fixed by verifying files if you own the game on Steam or Epic Games. Follow the steps to verify the game files.

If your PC doesn’t have the updated version of Visual C++, you’ll face a lot of issues launching the game as they’re vital requirements. Follow the steps to update MS Visual C++

Is there a Wild West Dynasty Nintendo Switch Release Date

Diablo Immortal: How to make a Warband Camp

Diablo Immortal: How to make a Warband Camp