PlayStation 5 is a home video gaming console, recently launched by Sony Entertainment. It was launched alongside the Xbox X series and S series which are members of the ninth gen of video gaming consoles. PS5 constitutes several games with backward compatibility across various genres. Despite its fame and userbase from all over the world, some games face errors on PS5 in 2021. Call of Duty: Modern Warfare is facing the Dev error 5476 on PS5 in 2021. If you too are facing this error and want to fix it, we have some fixes for it in this blog! 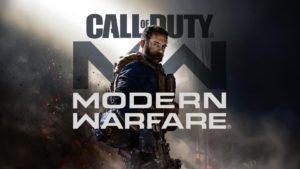 The PlayStation 5’s key hardware features include a solid-state drive optimized for high-speed data streaming, an AMD GPU capable of 4K resolution displays at up to 120 frames per second, hardware-accelerated ray tracing for realistic lighting and reflections, and the Tempest Engine, which enables hardware-accelerated 3D audio effects.

Other features include the DualSense controller with haptic feedback and backward compatibility with most PlayStation 4 and PlayStation VR games.

Call of Duty players using PS5 have reported the error 5476 in warfare, warzone, and Cold War multiplayer. It often comes about during times of server outages or instability.

The dev error 5476 code issue seems to prevent the players from starting multiplayer at all and while it’s a code that’s been around before it might be linked to Cold War integration as season 1 starts, with some reports saying that having the two games on different drives can cause problems.

While game developers have yet to resolve the issue and issue a permanent patch, the bug is likely to be patched soon. In the meantime, players should try a few tricks that have helped a lot of people solve the problem.

Dev error 5476 appears for players who have their calling cards and emblems set to random.

Solution 2 Reset and Reboot your Router

If you are facing the error 5476 on your PlayStation 5, it might also be due to a weak internet connection.