Area F2, a new mobile game that is identical to the popular online tactical shooter series Rainbow Six, was released earlier this week by a Chinese game developer named Qookka Games. Area F1 has already become part of the discussion among gamers and especially Rainbow Six fans. The game features the same 5v5 Close-Quarters Battle shooting format topped up with realistic graphics with a destructible environment. Well, the game is still in beta version and can be played. It has already crossed 100K downloads on the PlayStore and App Store.

But according to the latest official statement by the creators, the early access of Area F2 is available in few regions only. If you are from any of the regions, you can simply search Area F2 on the respective app store for Android and iOS platforms. For now, players from Brazil, Indonesia, Thailand, Malaysia, India, Philippines, Russia, Belarus, Turkey, Ukraine, and Mexico can download the early access of the game and play it. 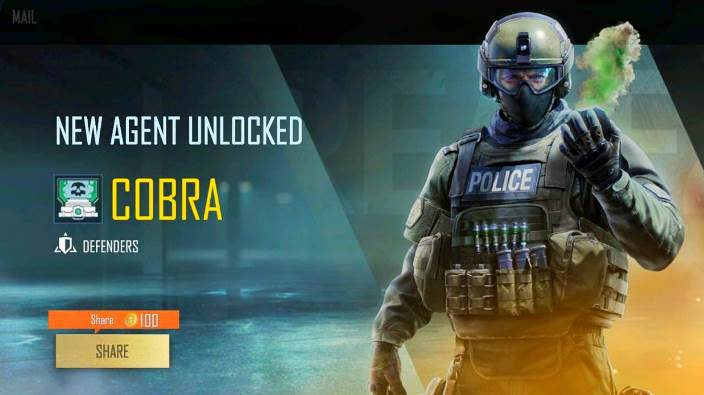 Well, Area F2 caught the attention of mobile gamers worldwide and especially the Rainbow Six fans. And that’s why gamers from regions that are not eligible for the early access have been carving for Area F2.

Here, we will be mentioning the details for How to download Area F2 in any region on any Android device. Also, iOS players who are in the non-eligible region won’t be able to play the early access version of Area F2.

First of all, open the Playstore app and search for Area F2, as by the time you read this post, the developers may expand the eligible region for the early access for Area F2. So, check once if the app is available in your region.

Visit the app store link mentioned below to check availability.

If early access is not available, proceed to the next step.

If the app is not available in your region for the early access, you have to download the apk from the third party platform.

To download the Area F2 apk, visit the link mentioned below –

Download the apk, locate it in the file manager and install Area F2.

Before launching the app, you need to establish a VPN connection to another region that is enlisted in eligible regions for Area F2 early access. We will recommend you to select Singapore as VPN location, we didn’t get any issues with Singapore servers.

For those, who are not using any VPN app, they can try the Turbo VPN app. It’s available for free on Google Playstore and easy to use.

Launch Area F2 app after establishing a VPN connection to another region. And if you see any issues with the ping, make sure to change the server region to South-East Asia.

And you are done. You can now enjoy the new Area F2 on your Android device.

Also, it has to be kept in mind that you need to connect to the servers of another region every time you launch the app.

And that’s all about the guide for How to download Area F2 apk in any region. Let us know in the comments section below if you face any issues in setting up the app.

It’s official now. The global version of Area F2 will be finally available across all regions on Android and iOS platforms.

The official Twitter account of Area F2 posted the details earlier today and mentioned that the game will be available officially on April 30, 2020. 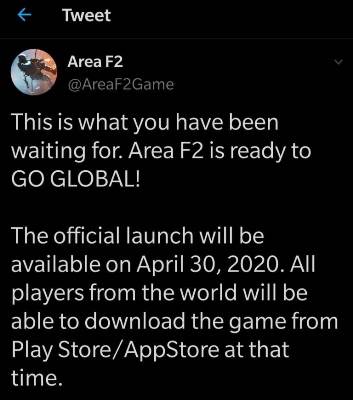 Well, the official trailer video has been released on Youtube. Make sure to check the video below. 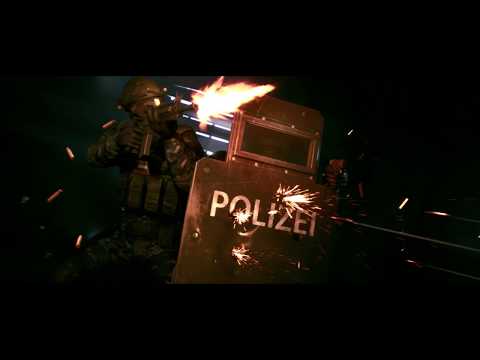 Chime App Down : Chime Bank app not working for many users