Loomian Legacy recently got the Sweet Retreat update which brought a new cake-baking mini-game along with 9 new loomians. Well, some of these loomians are easy to capture, however, the new Nymaurae isn’t on that list of easily captured loomians. To capture a Nymaurae, players need to grind a lot, and even after the grind, there isn’t any guarantee that you will be able to capture one. Here’s everything you need to know.

Catching, bonding, and training the captured loomians for battles are the main objective of the game. However, capturing a loomian isn’t an easy task, let alone its training. But some of these loomians are even harder to capture than the rest. But this new Nymaurae’s capture process hits another level. To capture it, players have to hard grind cake points. To know more, continue reading. 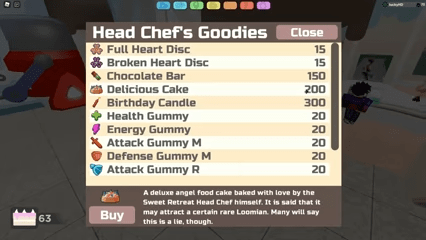 Also, use air and light disc to capture this loomian as it is of the air-light type.

Loomian Legacy : All new Loomians in the Sweet Retreat Update 2021

Lowe’s App “Oops! Something Went Wrong” : Here’s how to fix this error

Lowe's App "Oops! Something Went Wrong" : Here's how to fix this error