Maintaining space is very crucial for gamers in order to install new updates of games as big as GTA 5. When it comes to a huge expansive open world with lots of activities, roleplaying, and experiencing a lighthearted story, GTA 5 is one of the best sandbox games that invigorated the franchise since 2013 and still receives updates for next-gen consoles like PS5, Xbox Series X/S and PC.

As the next-gen versions of GTA 5 continue to bring massive expansions and new features, the game size increases exponentially. The new update brought 4K resolution, 60 FPS, and the ability to switch between fidelity and performance mode which we covered here. For those who are planning on buying GTA 5 and are wondering how many GBs will the game take on their HDD/SSD, we’ve covered all of that details here. Continue reading the article to know more. 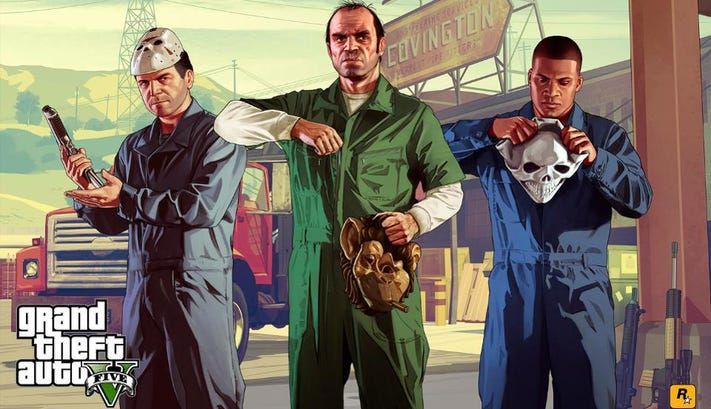 Throughout the PS3 era, GTA 5 has undergone plenty of changes in the visual and performance department for PS4 as well as PS5 and getting new content in GTA Online at the same time. As the franchise is still generating a huge amount of profits, the game receives consistent updates. Apart from the feature that players can switch between two modes for maximum performance or quality, devs are planning on upgrading visuals which will use ray tracing along with several other enhancements that’ll cross more than 90 GBs. We’ll keep you updated as soon as we get something more credible from the official sources.

Given that the GTA 5 map is very vast along with plenty of missions, and minigames that players can indulge themselves in single-player or GTA online, it is to be expected that the next-gen version of GTA 5 will be larger than PS3 one. The original game’s size was around 57 GB when it was first released and later followed by the PS4 version which was about 76 GB. With the arrival of next-gen consoles, it got bigger with the latest updates. The PlayStation 5 version of GTA 5 takes up a total of 86 GBs, an additional 11 GBs compared to the PS4 version, while the size of the PC version of GTA 5 is about 72 GB currently. Rockstar games have many plans for GTA 5 and their recently launched GTA Online + service is another attempt of expanding the online version with new content that fans will happily play.

We hope that you enjoyed reading this article, stay tuned for more updates about GTA 5, guides, and other news at Digistatement.

What does s2 mean in Forza Horizon 5?