Its the season of updates! Almost every OEM out there is busy rolling out updates to its devices. With the arrival of the first Android 11 Beta, OEMs are rolling out Android 10 for the remaining devices. Many devices including the OnePlus 8 series, Oppo Find X2 series, Mi 10 series, iQOO 3 series, and a lot more have also received the Android 11 Beta. That being said, this marks the beginning of the Android 11 rollout. Well, other than major updates, OEMs are also rolling out security updates to their devices. That being said, Honor 30 Pro and 30 Pro+ June 2020 update, is rolling out to users.

Honor has been rolling out updates to many of its smartphones and even smartwatches and smart bands. Well, now its time for the flagship Honor 30 Pro and the Pro+. The brand is rolling out the latest June 2020 security update for the devices. There’s not much to see in the update itself other than the June 2020 security patch. Along with that, the update also brings home a minor update to Magic UI 3.1. However, we don’t get to see any new features or significant changes with the update. 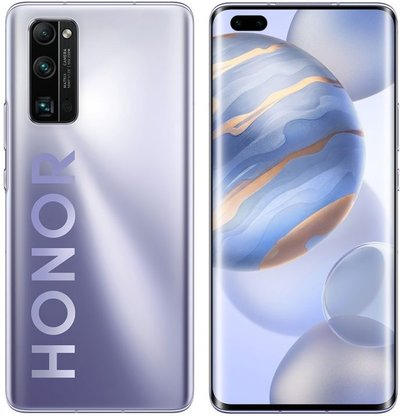 The update comes with the latest Magic UI version 3.1.0.160.  Further, the update comes with the firmware version C00E160R4P3. The OTA update is currently rolling out in China and weighs around 476MB in size. The major highlight of this security update being the 2 critical and 12 high levels of CVEs it comes with. Other than that we don’t actually get to see anything in the update. As of now, there is no concrete information about the global rollout. However, we expect that the update will soon be available to all the units globally very soon. Here is the changelog of the latest June 2020 update for the devices.

The Honor 30 series devices are the latest high-end flagships from Honor. These are some of the best flagships currently available out there. The Honor 30 Pro+ also ranks second in the DxoMark best camera smartphones list after the Huawei P40 Pro. You are going to get heavy specs and powerful performance out of these devices. In short, they are the absolute bang for the buck.

If you haven’t received the OTA update in any of the Chinese regions, you will soon be getting the OTA notification. As per the global units are concerned, users will have to wait a bit more before they will receive the update. So people, keep waiting until then.

Stay tuned for further updates on Honor 30 Pro and Pro+ June 2020 update and more such related content. Also, share this article with all these people who have been waiting for this update.