A wizarding video game needs to have some awesome spells. Well, Hogwarts Legacy has quite a few of them but folks are more curious about the Accio spell in particular. Since Hogwarts Legacy takes a lot of inspiration from the Harry Potter universe, it is no surprise that they share a few spells as well. But, what if you haven’t read the Harry Potter books or watched the movies? Well, it is best to learn everything about the gameplay mechanics before diving into the game. So, if you are looking for more information about the Accio spell in Hogwarts Legacy, then you have come to the right place.

Hogwarts Legacy is one of the most ambitious games of this year. Set in a fantasy wizarding world, the game will allow you to explore the vast magical school called Hogwarts. Players will also get to attend magic lessons and learn all sorts of spells. These will come in handy when you face hostile NPCs while playing the game. So, learning these spells and combining them in a combo will be super effective. You can check out our article about all the available spells in Hogwarts Legacy here. With that said, let us tell you everything that you need to know about the Accio spell.

| Also read: How many GB is Hogwarts Legacy on PC, Xbox, PS, and Nintendo Switch? 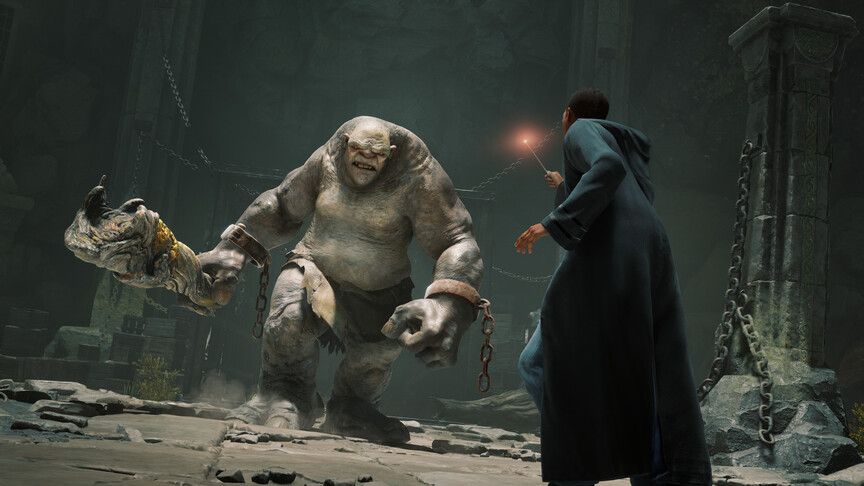 For people who don’t know, the Accio spell pulls objects and enemies toward the caster. So, if you successfully cast this spell on an item or an opponent, you will be able to pull them closer to you. While this sounds like a very basic spell, it has its own uses. Not only can this spell get objects and enemies toward you, but you can also use this to chain your combos. Some spells need you to be closer to the enemy. So, using the Accio spell will save you a lot of trouble in this situation.

Hogwarts Legacy also has defensive Violet Shields. You can use the Accio spell to break these shields and attack the enemy. Once you get rid of the shield with this spell, you can use other offensive spells to deal damage. Unfortunately at the moment, we don’t know how players will be able to obtain or learn the Accio spell in Hogwarts Legacy. But, we will update our article once the game rolls out or the devs release more information on the same. So till then, stay tuned to Digi Statement, and happy gaming.

Hogwarts Legacy macOS (Mac) Release Date: When is it coming out