GrandChase was a wildly popular free-to-play massively multiplayer online game with its initial Korean release in 2003 and North America release in 2008, it was released in many parts of Asia and Europe as well.

The game broke the record for the most played online game in Brazil and even won an award in Indonesia for the “most popular online game” in 2011.

However, it met its end in 2015 when all servers were shut down and the development of the game was terminated, the game studio that had developed GrandChase moved onto other titles such as Elseworld and even made a mobile spin-off for GrandChase called GrandChase: Dimensional Chaser.

GrandChase or well GrandChase classic returns with its release on the 28th of July 2021 bringing with it all the content that was present in the original game, all 20 unique characters are set to release however currently the game allows you to choose from 5 characters at the beginning to fill your slots up but be mindful before you do so, to find out why to read our article regarding character deletion from a slot here.

With the game’s recent release, it is already facing various bugs that are slowly affecting the gameplay experience for players, new and returning. Though the developers had stated in their official statement for the release of GrandChase classic that they will take the player’s bugs and suggestions for improvements into consideration, there is still a fix awaited for this bug. 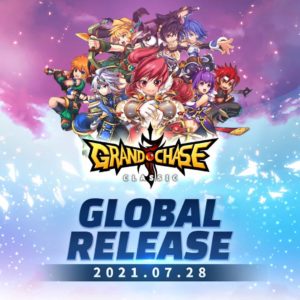 The growth missions are one of the various available mission types in the game, however, through the growth mission a player can get rewards such as VP or voucher points which are a form of currency in the game that is otherwise only attainable through purchasing it using real-life money.

The voucher points can purchase items from the visual shop or the avatar shop in the game.

Issues that players are running into according to this thread is that upon opening the Growth mission tab players games are freezing or glitching, though each issue occurs slightly different from the other the bug or problem still stands and has been awaited for a fix or some statement from the developers regarding a solution to the problem.

GrandChase game : How to delete a character ?