The game entered a developmental release through steam Early access in October 2013 and since then has received many nourishing, content filling updates and as well sold over a million units.

Limitations present in space engineers are truly invisible at times, with the depth of content available and advanced mechanics of the game in regards to the environment and physics makes it more than an enjoyable experience to play alone or with friends.

Possibilities within the game

The game truly allows you to do everything your younger self may have dreamt of doing from building spaceships to piloting them, building space stations on planets and moons which are also fully destructible, and asteroids to mine from all while exploring the vast unknown expanse of space.

The game comes with various game modes such as creative or survival which you can play single-player or multi-player. Newer game modes such as “Scenarios” offer players a  linear story including action-packed gameplay, as well as workshop worlds created by other players or custom worlds where you can start your own scenario. 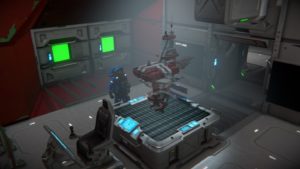 The latest major and one of the biggest updates to Space Engineers is the Heavy Industry update released on the 28th of July, it brought about a new industrial theme including almost 100 new blocks to the game for free in the core update however, more buildable items are available through the Heavy Industries DLC pack which can be bought for 3.99$. Other than the new buildable items there have been various bug fixes included in the game, for a full list of what has been added and fixed with this update visit their official site

Space and Engineers Build and Repair Mod not working?

Every update fixes a problem and simultaneously may create a new problem, though the heavy industries update didn’t break anything a part of the core game mechanics it created an issue with a very popular mod within the game, the build and repair mod which is available for download on the steam workshop tab.

After the release of the update on July 28th, many players began reporting on threads regarding the Build and Repair mod not working or malfunctioning, however, a fix has not been issued by the developer of the mod yet.

If you’re someone who is facing this issue as well, we would suggest typing your issue with the mod on this thread as it is for that specific mod and most likely will be viewed by the mod’s developer.

For now, all we can do is wait for the fix, happy adventures in space.