Gran Turismo 7 multiplayer mode isn’t a feature that is available to every player at the start of the game. You must prove your mettle by playing, successfully completing, and unlocking many other racing events and campaigns in the single-player mode. Let’s admit it, nobody wants to queue in the lobby only to be paired with newbies who do not know how to spice up a race event. Tweak tip; if you don’t finish among the first three, you can actually get to restart a race as many times as you want without having to complete and cross the finish line. Crossing the finish line automatically registers your position in the race, and not coming third at least in the qualifying races for unlocking multiplayer mode only prolongs the process. 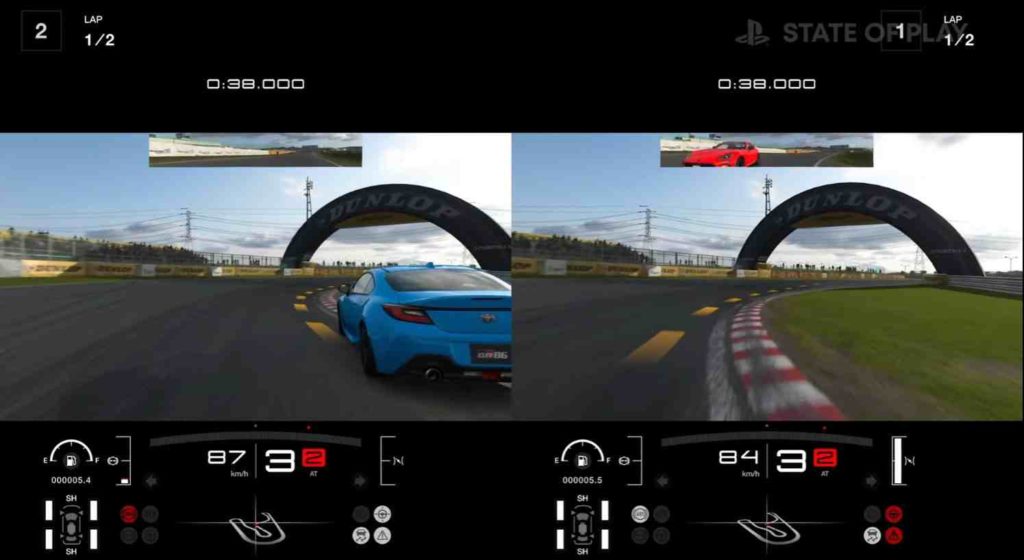 This is one of many reasons why both developers and gamers agree the feature should not be available from the start. For developers, it gives the game some sort of exclusivity while for players, it gives them a goal, something to look forward to by proving themselves in the single-player mode. Let’s show you how to unlock and play the multiplayer mode in full detail.

As earlier stated, the option for Gran Turismo 7 Unlock Multiplayer Mode is not available for players from the onset of the game. You will have to progress through the slow and sometimes annoying early events and phases. Players also have to complete several events in the menu books. Upon completing the menu book 9 championships by finishing among the first three racers, you will be directed to the in-game café where you will collect several rewards, including the multiplayer feature. The multiplayer comes with the sports pavilion which enables players to race competitively with other real players in real-time. These options can be seen right on the world map feature.

These processes may not be instant as it has been claimed to take a few hours by players. Another captivating perk that gets unlocked with the multiplayer mode is the 2 players split-screen mode. With this feature, you can go on a 1v1 race with a friend on the same console. To start a multiplayer race, go to the multiplayer section on the world map. You will be shown options to change tracks, cars, and other settings. Follow the menu as you would for single-player settings to start the game. Once you choose between grid or rolling start, press ‘start’ to begin the game.

Encourage your friends to complete the events in the single-player mode and unlock the multiplayer feature by sharing this article with them.