‘Ghost not protecting against Heartbeat Sensor’ in Warzone, issue addressed by Infinity Ward

Call of Duty Modern Warfare and Warzone received a new update last month. The update brought new patch topped up with new content and a handful of bug-fixes. But the new patch update left fans frustrated with a couple of bugs and issues, which have been floating around since last week.

Fans reported a major issue in the in-game voice chat feature and issues with the matchmaking in multiplayer and Warzone last week. And today, a new issue comes to light, where some players reported that they are not receiving Battle Pass XP.

Along with this, a new issue in Warzone surfaced online. Users are reporting that the Ghost perk is not protecting their location against the Heartbeat Sensor in Warzone. Several reports suggest the same issue, fret not, you are not alone.

Infinity Ward recognized this issue officially recently on the official Trello board. The developer mentioned that there is no issue or glitch in the Ghost perk in Warzone, but shows incorrectly in the Killcam.

The bug is on the Killcam feature and it will be fixed with a hotfix update in the game. 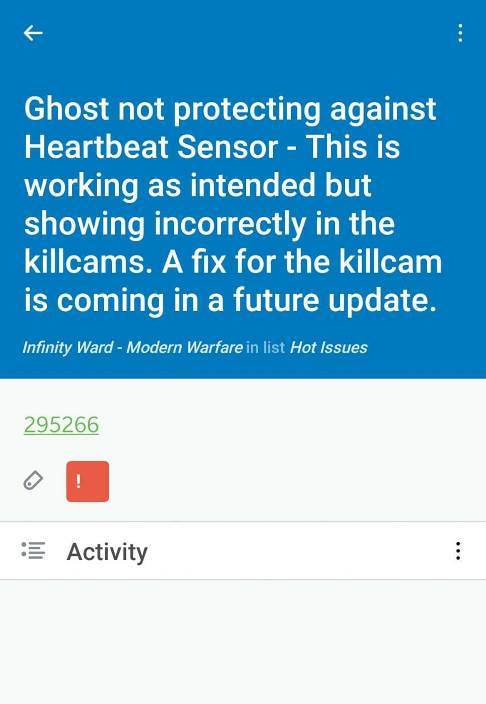 Well, stay tuned for related news and updates. We will update this space with latest details and official updates.