Infinity Ward recently rolled out a new update for Warzone and Modern Warfare. The new patch brought new content and fix to the bugs that were reported earlier. But it looks, some new bugs have arrived in both the titles. For last three days, players have been reporting issues in the in-game chat feature in Modern Warfare and Warzone. The issue still persists, users are still reporting problem with the game-chat features.

Today, a new issue comes to light. Players are reporting about an issue in the Modern Warfare XP system. According to the players, they are not receiving Battle Pass XP. Whereas, some reports say that Battle Pass is appearing inactive for them. Well, if you are facing the same issues, free not, you are not alone.

Talking about the official update. Infinity Ward first addressed this issue on the official Trello board. According to the official statement, the concerned team is currently working to fix the issue – Battle Pass appearing inactive. 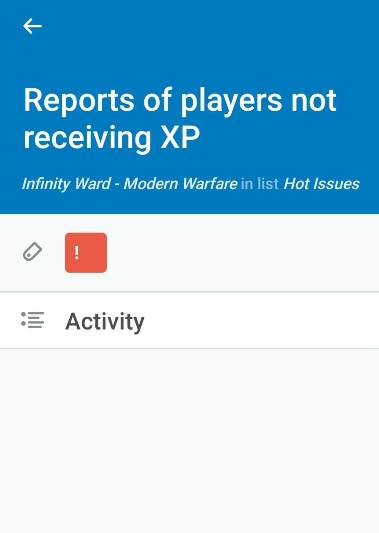 The statement also mentioned that the Battle Pass progression and rewards are working normal, but appearing inactive. 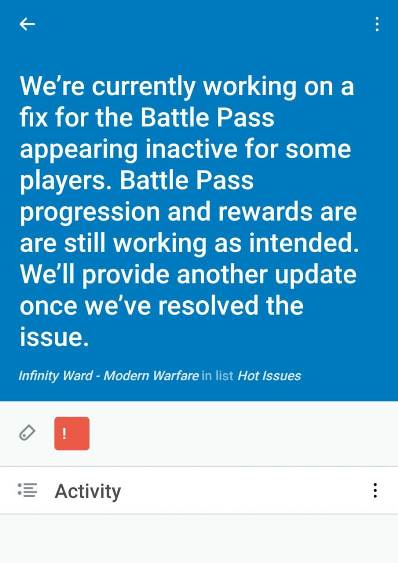 Well, this issue will be fixed soon. Stay tuned, we will keep you updated with the latest developments.

‘Ghost not protecting against Heartbeat Sensor’ in Warzone, issue addressed by Infinity Ward

'Ghost not protecting against Heartbeat Sensor' in Warzone, issue addressed by Infinity Ward