The Tricky Clown is back to beat you.

Friday Night Funkin, is an entertainment based PC game based on a ‘Boyfriend’ who tries to achieve a date with his ‘Girlfriend’, by beating the rivals of thie game. This game’s rivals gets modified with mods released. This time, our new rival has arrived. 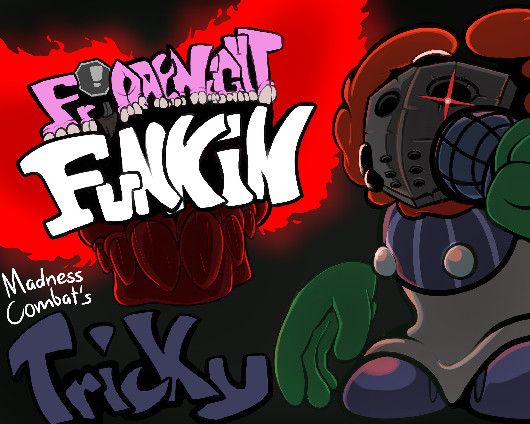 Here comes the the new mod of Friday night Funkin with the exclusive secondary antagonist character of of the Madness Combat Series, ‘Tricky The Clown’. The debut of ‘tricky the clown’ happened in Madness Combat 2: Redeemer. He was not the antagonist from the starting of the series. At first, he was hired as an assassin by the sheriff and later he became the ‘primary antagonist’ of Tricky Saga. In the whole series of madness combat, he has been killed 13 times and has killed 18 times. He has various enemies namely, Hank J. Wimbleton, Sanford, Deimos, Jesus and Auditor.

Now, in the latest mod of Friday Night Funkin’, Tricky The Clown has appeared as the rival.
The publisher said that it has taken two months to develop this mod. Music has been the main attraction of the fans of Friday night Funkin’ but music of this ‘The Tricky Mod’ seems irritating to some fans. However, overall response has been great for this mod also. Publisher also mentioned that this version is not hundred percent completed. Version 2 will be released and its date has not been mentioned yet. It has also been stated by the publisher that Version 2 of this, ‘The Tricky Mod’ will be a major update. From this statement, it is expected that main drop is still left to see in this ‘The Tricky Mod’ yet

However, the game seemed same at basic level except the rival and the songs, which are main attraction to the fans. This mod of the game is completely save as it is licensed.