Friday Night Funkin’ is a single player game which was released on November 1, 2020. From then, the game is famous for it’s outstanding tracks by @kawaisprite . It is not the sole reason for this game’s success but is one of the major reasons. From November only, Friday night Funkin’ has experienced many mods that are made by Friday Night Funkin’ community only.

Friday Night Funkin’ is a game whose story line revolves around the main character, ‘Boyfriend’ who is trying to win a date with his ‘Girlfriend’ for which, he has to win the singing and rap battle against an array of characters. To win a battle, the boyfriend has to deliver correct notes of the song at correct time. The game is divided into 6 weeks as of now. It is an open source game. For those, who do not know what an open source game is? Putting it simply, it is a game which can be modified by anyone who has an experience in coding and animation. Now the things such as songs, characters, rivals, themes, name of the weeks can be modified by anyone. Friday Night Funkin’ witnesses a lot of mods made by the fans of the game who try to give it their own taste. So the question arises how are they able to do it? Here is what you need to know.

Scratch Studio is a platform where a creator of a game can enroll by becoming a new studio and can allow a number of people to add the projects. The one who adds project is known as, ‘Curator’. The ‘Curator’ cannot be added voluntarily to a particular studio. He has to be admitted either by ‘Managers’ or by ‘Creator’. ‘Curator’ is allowed to post it’s projects on the studio. When it is published, anyone can access it on their website. These mods are not that good in the quality as they are not made by professionals. They are made from the perspectives of a fan. 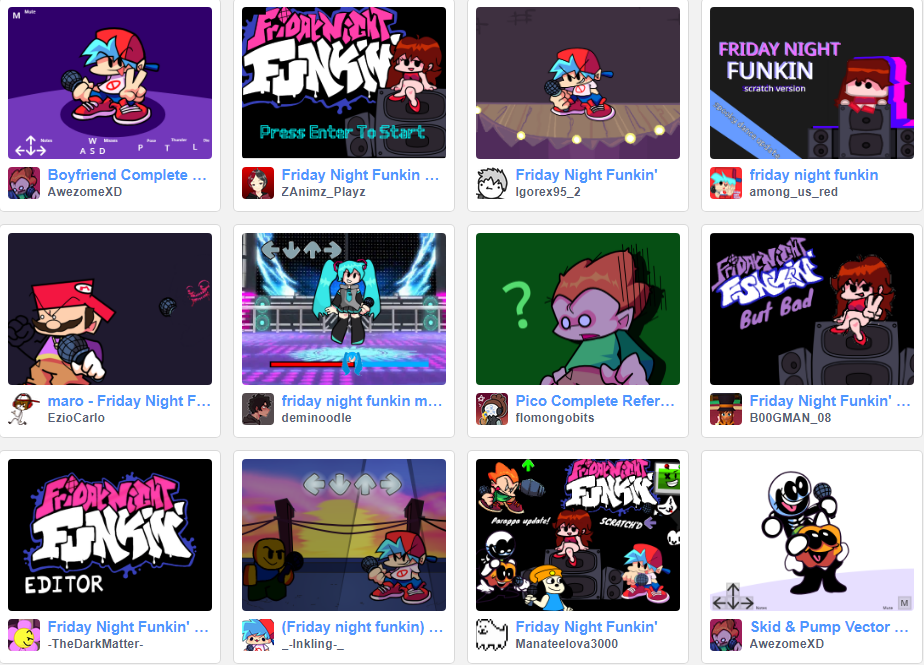 There are a lot of projects of Friday Night Funkin’ which are published on Scratch Studio by the ‘Curators’ of it’s Studio.

To Check out and play all the projects, click here.