Friday Night Funkin’ is based on Adobe Flash and even after Flash’s discontinuation, there still are a large number of users who enjoy the retro vibe of Flash games.

The controls of the game are pretty straight-forward and as the game progresses, it guides you about which key to press. The only way to beat the Father is to press the right buttons at the right time, to play the perfect rhythm. So, you need the correct mixture of precision and timing to win the game. The points are displayed on the top of your screen on a meter showing two colours – green or red. With green indicating that the boyfriend is winning while red signifies that the father is winning.

In the week 6 update, the boyfriend has to face Senpai, the dreamy dating sim. The fight takes place inside an old video game inspired by Japanese titles. Week 6’s update is actually based on Pixel Day which is a holiday celebrated by Newgrounds since 2016. This update was teased by Newground’s Official Twitter handle recently.

Friday Night Funkin’ Week 6 update has been released for Windows. We will provide you with the download link but before that, let’s discuss the changes in the new update –

Also a new ‘Retry’ animation has been added which is exclusive to the Week 6 update. 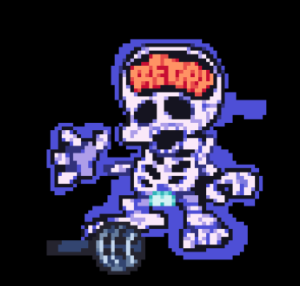 We will add the download links for Mac & Linux too, when they will arrive.