Friday Night Funkin’ is a 2D game based on singing and rapping battles. These battles are fought between the main character, ‘Boyfriend’ and array of characters (rivals). The rivals changes every week in the main game. The game play of Friday Night Funkin’ is quite simple as the player has to hit correct notes at the correct time to win the round. Background songs in the game changes in each round. The game consists of very cool sound tracks which does not let players to get bored.

As this is an open source game, it experiences a lot of mods from the fans and Friday Night Funkin’ community. The characters , whether it be boyfriend or any rival, can get modified or replaced according to the taste of the mod maker. From last 2-3 months, the game experiences it’s updates within 2-3 weeks but game fans are hungry of new content which is supplied in the form of mods. This time, ‘Fun Sized Hex Mod’ has arrived. Here is everything you need to know:

Fun sized Hex Mod is now now available to play. It has released 3 versions as of now. The Mod maker is trying to fix as many bugs as he can so that the game might be enjoyed by the fans. This mod is a skin type mod. This means that it has modified the skins of characters. In this mod, we can play with Fun sized Hex instead of Boyfriend against the characters. We can also play against Hex in this Mod. If you have not checked VS Hex Mod (full week) , click here. 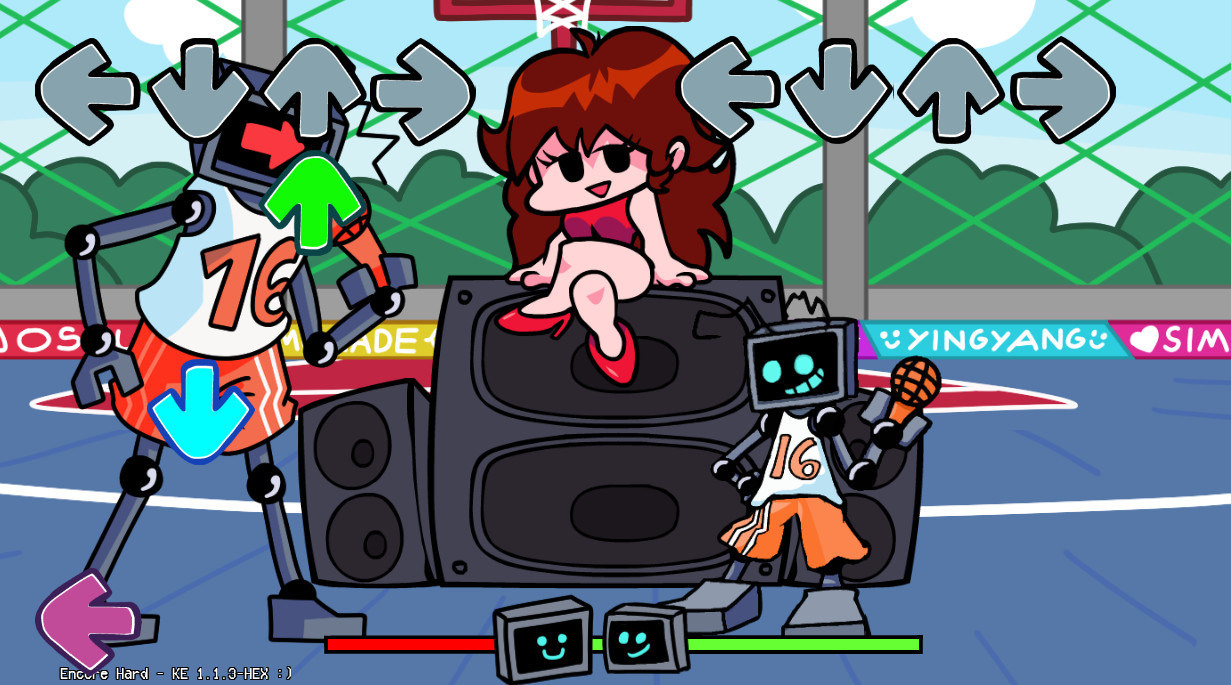 As we all know, Hex was a tall robotic character who came up in basketball jersey as a rival. In this the size of our past character Hex is minimized to a fun size. We can also play against Hex, being fun sized Hex ourselves which makes it interesting, “HEX vs HEX” battle. This mod is heavily inspired by ‘Fun sized Whitty mod’ which also included minimizing of Whitty and we could also play ‘Whitty vs Whitty’ battle.