Behold FnF fans. Now you can enjoy the famous rhythm game on the go with the help of your mobile. Yes, FnF can be played on mobile now. Here’s everything you need to know.

The 2020 released rhythm game was developed by @ninja_muffin99. The game features the story of a boy who is desperate to win his girlfriend’s heart but fails as he faces hurdles before him. He has to defeat anyone who stands in his way in a battle of music. The player has to take control of the boy and help him win the game by hitting the correct notes on time to impress her. If he wins, he gets the ultimate reward, a kiss.

The game is currently running the Week 6 update but soon, the Week 7 will be dropping into the game. To know more about Week 7 update, visit here.

However, FnF is available on Windows OS, macOS, Linux only. With limited platform support, many FnF fans are restricted to play the game only on their PC. But, say no more as now we have the new ‘Friday Night Funkin- Foned In’ version which lets you play the game on your mobile device.

This version of FnF is made by Phykro. The game can be played on a browser on any mobile device. It includes gesture controls which makes it easy for the player to play the game. 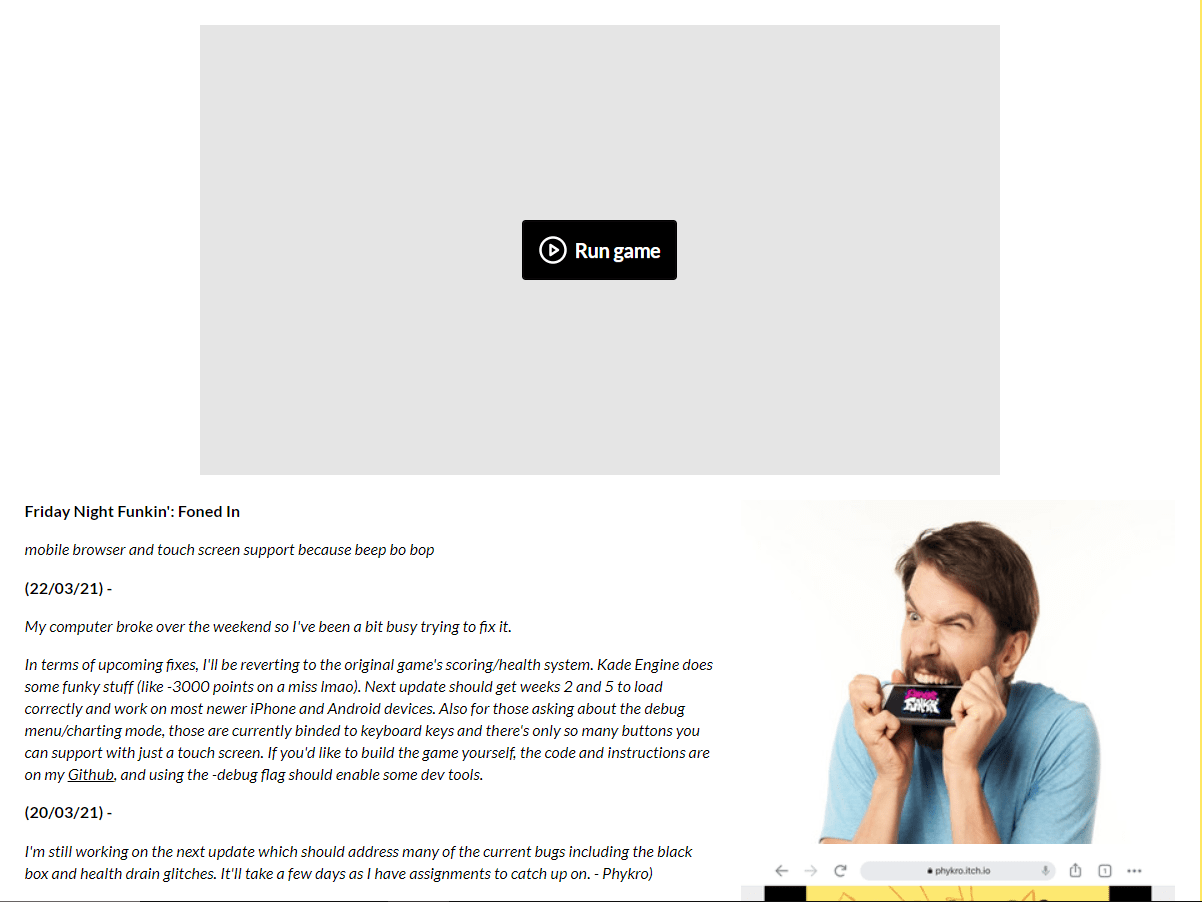 For a detailed insight on this version of FnF, you can head over to the official site where the game can be played.

However, due to unknown reasons, many devices are facing issues running this version of the game. We expect the fixation of the issue in the next major update so there is no need to worry at all.

Note- This version needs at least 4GB of RAM to be able to run smoothly on any device as updated by the official developer. So, if you don’t have one, you might have to reconsider playing this game on your mobile device.