The wait for week 7 is finally over now. Friday Night Funkin’ Week 7 has been released. Read the full article to know more.

Friday Night Funkin’ is a rhythm game that revolves around the main character, ‘Boyfriend’ who needs to win singing and rapping battles to get a date with his girl. The opponents in the game come up in their specific weeks. Usually, each week consists of 3 rounds. The main attraction of the game has been its soundtracks. Each round of the game comes up with a different soundtrack. There were six weeks of this game till yesterday. But, ninja_muffin99, the programmer of FNF, announced in his latest tweet that Week 7 is available to play. Here is everything you need to know. 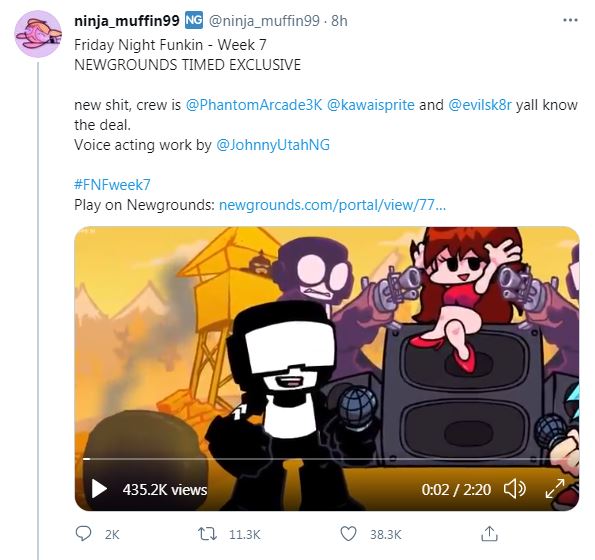 The main area of doubt in the fans’ minds is that, whether this game is coming officially or only on Newgrounds? So, the answer to this question is, currently, it has come only on Newgrounds (Newgrounds Exclusive) and we can expect it to be available soon on the official website also.

The rumors of Week 7’s character prove to be true. Tankman is officially here in the Week 7 of FNF. Those who do not know who Tankman is? He is the famous Newgrounds character. Tankman, who is also known as Sergeant John Captain (referred to as Captain or Cap), is the main hero in TANKMEN. He was teased in the First Friday Night Funkin’ Trailer as a playable character.