Friday Night Funkin, a game that has redefined and preserved the beauty of the flash era amidst the swarm of  modern day graphics and online gaming. It is simple, yet addictive. It’s gameplay essentially revolves around using the arrow keys to sing/rap and dance to some music, but it’s structure, story line and community involvement have raised its stature and repute among all other games today. The fanbase for FNF is very active, taking inputs from the players and churning out mod after mod, making the game more immersive and enjoyable. One such recent mod that is making the rounds is the C-side remixes mod, featuring week 3 and week 4.
To know more, read on… 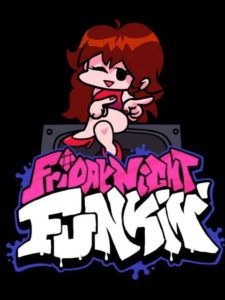 As an introduction to the newcomers, Friday Night Funkin’ is a rhythm game programmed by Ninjamuffin99 with a soundtrack by Kawai Sprite and artwork by PhantomArcade and evilsk8r. It can be downloaded from the Itch.io website for Windows, Mac OS, and Linux devices or played on Newgrounds for free.

Developed and shared by a modder who goes by the name Blvkarot, the C-side remixes mod has received immensely positive reviews and fans of the game are hooked on to it!!!.

Some salient features of the mod include:-

1) The presence of week 3 and week 4 in the mod,resulting in diverse  gameplay with different difficulty levels and more challenges.
2) Custom icons and super saiyan mode for Pico.
3) New music and custom remixes.
4) New and updated intro texts for characters.

The aforementioned features have caused quite the demand for this mod, especially since it includes many iconic new tracks in the game.
Many more revisions and additions will be made to the mod in the future, and here are the steps to get your hands on the lated version of the C-side remixes mod:-

STEP 1-> Make sure FNF is downloaded and running.
STEP 2->visit here to download the mod.
STEP 3 ->Extract the mod’s contents from the archive file that gets downloaded and add it In the assets folder of the game.
STEP 4 – >Step back and enjoy!!!
Happy Gaming!!!

How to get and evolve Hoganosh, Mocha and Spreezy in Loomian Legacy