by Rajveer Tuteja
in Gaming, News

Garena Free Fire is a game developed by 111 dots studio for Android and iOS. Free Fire is a classic battle royale-styled game. Around 50 random players play in a lobby where they land on an island. Each player has the option to start the game from anywhere on the map but as the game progresses, the safe area in which the player can play decreases. If the player is outside of the safe zone, their health decreases. The player who will be last standing after surviving wins the game.The player has to loot houses and buildings for weaponry and medical equipments to help them battle with opponents and to win the game.

The game received an update on December 7th 2020, which allowed the users to play as the famous footballer, Cristiano Ronaldo. Free Fire is available to download for free, The game does not require high end hardware to run smoothly. It can be run without any hiccups on mid or even low segment smartphones.

Free Fire became one of the most popular third person battle royale game globally. In India, it got a large boost in downloads after the government banned Pubg Mobile. The game became the highest downloaded game globally in 2019 and as of May 2020, it had 80 million daily active users globally. Talking about statistics, Superdata released it annual report for the year 2020.

Superdata is a analyst firm which provides in-depth insight on which games are being played the most and what revenue the companies are making from them. Recently, the company released the their report for the year 2020. Freefire had made a revenue of $2.13B in the year 2020 which is marginally less as compared to the third highest revenue making game Robolox, which generated $2.29B in revenue. 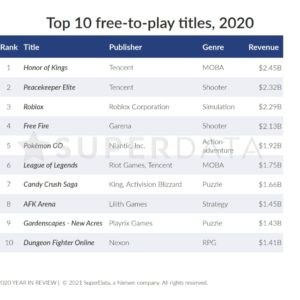 The company generates revenue through in-app purchases. In the game, players can purchase skins for their guns, clothes and more. Well, devs will surely be looking to add some more interesting content to the game in the coming months, which will likely help the game to generate good revenue in 2021 too.

Microsoft Teams : How to create a OneNote notebook ?