If you are embarking on The Witcher 3 adventure, maybe you don’t want to play the first two games. If so, discover the history of The Witcher 1 and 2 in this retrospective. Released since 2015 already, The Witcher 3: Wild Hunt still attracts a large number of new players whether it is following the series on Netflix or the global success of the game. If you have already played the first parts, or if you have read the books, the following paragraphs will be just a reminder. If you take the train along the way, you can browse these few lines, summary of the first two episodes of The Witcher and The Witcher 2: Assassins of Kings. 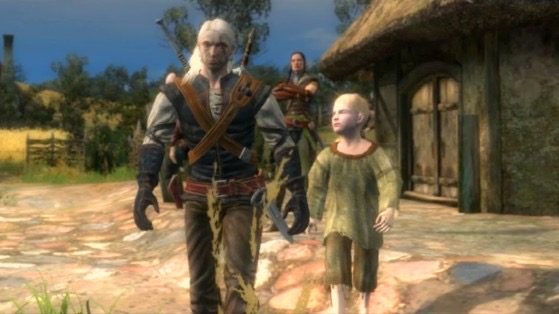 This retrospective will therefore allow you to get a better understanding of the third opus.

The story of The Witcher

At the beginning of the first game, we discover through a cutscene Geralt of Rivia, a witcher whose mission is to fight monsters. He holds a man prisoner, and prepares multiple weapons. He is there to save the daughter of a king to whom this prisoner has cast a spell: girl by day, she turns into a bloodthirsty beast at night. The sun is setting, the man who cast the curse becomes the prey of the princess. Geralt of Rivia rose to fame for freeing the princess from her fate. But the Great War broke out.
The story begins in 1270 (five years after the Great War), at the fortress of Kaer Morhen, place of training for witchers: mutants, monster hunters with supernatural physical and mental capacities, acquired thanks to genetic mutations and difficult trials. Few survive it. In addition, they are hated by the people, as they are considered cat-eyed monsters (their pupils turn a bright yellow). However, the population often calls on their services. Over the years, their number has decreased, the fortress is gradually emptying.

You see Geralt of Rivia running, he looks like he’s running away from something. He is found unconscious, and brought back to the castle by his witcher friend Eskel and their master Vesemir. The White Wolf (the hero’s nickname), now amnesiac, finds himself with his friends: Vesemir, Eskel, Lambert, Triss Merigold and Leo. But no time to come to his senses: the mage Azar Javed and his right arm (The Professor) storm Kaer Morhen in order to steal the mutagenic secrets of the witcher. The latter defend the citadel, Triss, the magician is seriously injured, Leo, the new apprentice is killed by the bolt of a crossbow, but Azar Javed manages to escape with the secrets. The enemy could still be identified thanks to pins found on the bodies of the attackers: the organization of the Salamander.

We follow the White Wolf to Wizima, where he meets a source (someone predisposed to magic): Alvin, a young boy who proves to be very powerful. One of the first tasks Geralt performs is to resolve a conflict between the village witch and the religious order of Eternal Fire. The latter accuses the witch of having summoned “The Beast”, a bloodthirsty ghostly dog ​​who terrorizes the villagers. But our hero discovers that he is the direct consequence of the horrors perpetrated by the villagers. He gets locked up in the dungeons. Not having said his last word, Geralt kills a monster in exchange for his freedom. 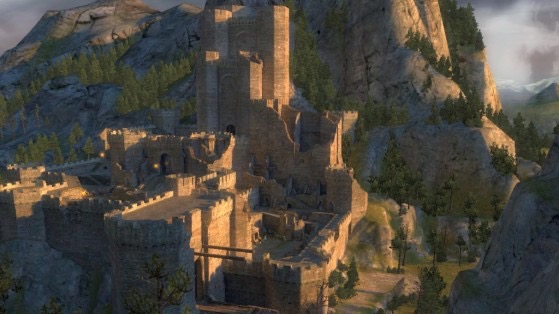 He can therefore begin his investigation into the organization of the Salamander, but above all he seeks to understand who supports the Salamander, and what are its objectives. He will receive the help of a private detective named Raymond Marloeve (it will be discovered later that in fact it is only an illusion of Azar Javed who pretends to be him, because he killed him). A third accomplice joins them: the alchemist Kalkstein, who wishes to open the tower of a mage who died long ago. Geralt agrees to help him, Raymond Marloeve too (in reality, Azar Javed sees this as an opportunity to trap the White Wolf and in addition the opportunity to steal the secrets of the tower). At the gates of it, a battle breaks out and Javed spreads a toxic cloud that poisons Geralt.

Recovered, Geralt resumes the investigation and discovers that the organization is very influential: it forges royal seals and uses them to pass decrees that suit him. In addition, she manipulates Adda, daughter of King Foltest (whom Geralt had saved from a curse of striga long before): she hopes to obtain the throne of Temeria. Our hero concludes that we must attack the income of the organization: its drug cartel, because alone, dismantling the organization would be complicated.

The situation is getting more complicated

With the Salamander’s source of income disrupted, Geralt attempts to destroy the organization’s lair. You will receive help from either Siegfried or Yaevinn (after choosing the Order of the Burning Rose party i.e. the humans, or the Scoia’Tels party i.e. the non-humans). In this lair, The White Wolf finds and kills The Professor (Javed’s right-hand man), but the situation becomes complicated: Princess Adda falls on him and orders his execution. But Triss Merigold is not far, she saves him by taking him far, to Troubled Waters.
There, they find Alvin, the child with great powers, who fled Wizima after the Salamander went after Shani or Triss (whichever you prefer). He crosses paths with Dandelion (his singer friend) and Berengar (a witcher he heard from Kaer Morhen, and who had disappeared). We also learn that Berengar collaborated with the Salamander, out of cowardice. You will decide either to kill him or to let him live and thus obtain his help to fight against Azar Javed.
The village is attacked by the troops of the Burning Rose, Scoia’Tel therefore takes the villagers hostage to protect themselves. As Geralt tries to save Alvin, the latter runs away and teleports, it was the last time we saw him.

Back in Wizima, Geralt accompanied by Dandelion meets Foltest, who has returned in an emergency, who orders him to dismantle the Salamander. The White Wolf meets the leader of the Burning Rose, Grand Master Jasques d’Aldersberg. And Princess Adda has once again fallen victim to the Striga Curse, so Geralt must save her once again.
Our hero goes to the lair of the Salamander and Azar Javed, there he discovers the result of experiments carried out with previously stolen mutagens: improved warriors who are no longer human, and bloodthirsty bloodthirsty beasts. Our hero kills Azar Javed, but he learns that he is not the head of the organization: it is the Grand Master Jacques d’Aldersberg (leader of the Burning Rose). The latter wants a new world organization, in a dead world ruled by himself, covered with ice, and where the only survivors would be “evolved” beings thanks to mutagens. He was using the Burning Rose to establish his world ideal (becoming a light to follow during the dark days lying in wait for humans), while the members of the Salamanders’

Geralt begins a fight, he knocks down his opponent, but then appears the King of the Wild Hunt (encountered in a crypt in Wizima before). Another fight ensues, in which the witcher must kill the King. However, the only memory that the White Wolf retains is that he was pierced by a pitchfork during a Pogrom in Riv (the city from which he took the name) that was carried out against non-humans. Yennefer, magician and lover of Geralt, tried to cure him, but she was reportedly killed.

Microsoft Teams : How to add/use Microsoft Whiteboard during a class

Microsoft Teams : How to add/use Microsoft Whiteboard during a class