For bonafide racing fans who love to gorge endlessly on content, Forza Horizon 5 offers plenty and we have got exciting updates for you. The latest iteration of the Forza Horizon Series released back in 2021 is still going strong with new content released every now and then. To cater to the FH5 community, Playground Games is bringing forth new stuff. The rumors are floating around that the game will receive new DLC, City & more. In this article, we’ll be going into more depth on whether these leaks are accurate or not. Continue reading the article to know more about the new DLC leak, City releases, and more in Forza Horizon 5. 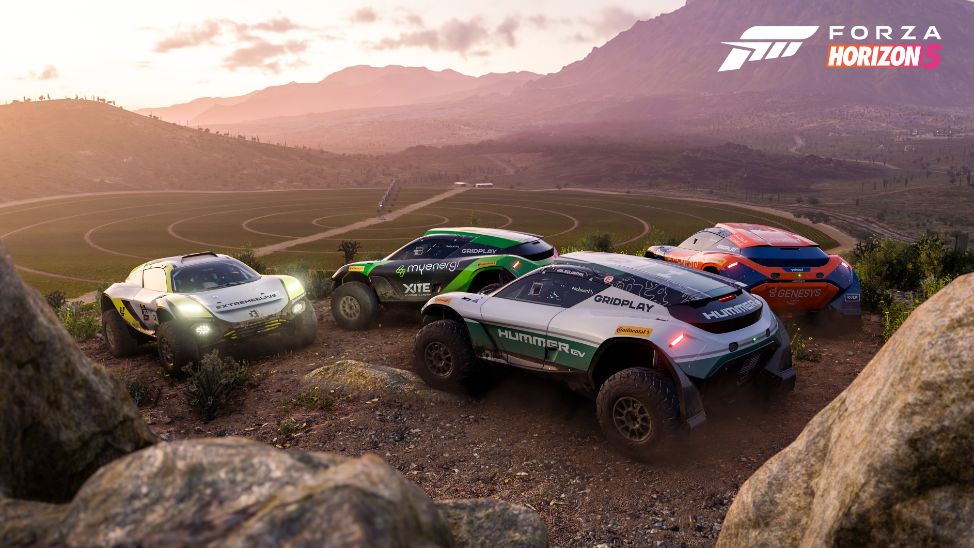 Unlike the previous Forza games that were in urban cities, Forza Horizon 5 features the vast desert of Mexico as well. The world is also 50 times larger than FH4. As you drive around the entire map, you can see iconic locations like beaches, jungles, Caldera Volcano, and Mayan Temples. For a native, seeing them feels breathtaking and this theme blends in the game very well. To cater to both arcade & simulation racers, the game offers a wide variety of features along with various types of races. Combined with the new and exciting Season updates, the game feels fresh and satiates fans’ hunger for good content.

Details about the new DLC leaks in FH5

With the arrival of Hot Wheels DLC, we know that there won’t be any timeline or life cycle of the DLC release for Forza Horizon 5 anymore. Meaning that the game won’t follow a certain schedule, unlike the previous games.  According to rumors, Project Woodstock is the potential DLC that might be arriving this year or in 2023.

What makes this quite possible is that Project Woodstock has been in the game files since Forza Horizon 5 came out. In addition to Woodstock, three other potential ones like Project Nightlights, Ventura, and Upside Down are also expected to be featured. The Upside Down expansion has officially been confirmed as Hot Wheels DLC, which is the first brand DLC of the game, however, this wasn’t expected. It is the first time that Playground Games went for the decision to release a brand DLC first instead of a realistic DLC like Map Expansions. Based on this data, we believe that the upcoming DLC for the game might be a map expansion.

Mexico Expansion is also what comes into our mind when we think of a map expansion DLC and it may or may not arrive. We’re speculating that Nightlights or Ventura will be the next map expansion DLC for the game next. Keep in mind that the DLCs we are discussing are not confirmed by Playground Games and this is merely speculation from our side. As soon as we get more information from official sources, we’ll update this article.

This concludes the article on Forza Horizon 5 New DLC leaks, City Release, and more. We hope that you enjoyed reading this article. Stay tuned for more updates about Forza Horizon 5, news, leaks, and more at Digistatement.

Forza Horizon 5: How to get Audi RS7 Sportback

Forza Horizon 5: How to get Audi RS7 Sportback