The problem regarding the issue that  Xbox Series X or S controller is not able to connect, sync, turn on or even be paired with the console for some of the few players, with the Xbox button on both the console and controller that may be flashing without even getting paired with the hardware. Users have come to know that this error may occur on their very first startup or it can also spontaneously arise from nowhere even after the controller has been paired with your console already. 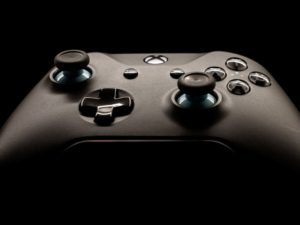 So now let’s see for what’s the solution to this problem and let’s look at the simple steps to fix this in the article ahead.

The Xbox Series X and S controller not syncing is an issue faced by many users out there, and you must be able to sync the controller with your console successfully. Now as this error is a nuisance when you’re trying to sync your controller with the hardware, you must follow the steps that are given below:

Now after successfully completing those steps, your Xbox Series X and Z controller should be synced properly with the console and it must be connected.

Now in case, if the above steps do not work properly as per your expectations, then you can also plug in your controller via using a USB-C cable to your Xbox. After doing this, a connection would be built between your controller and the console, now it would mean that even if you unplug them, it should work again.

After these many attempts, now your Xbox Series X and S controller must be connected and synced to the console and thus you’ll be able to enjoy it properly just as Microsoft intended. Now even if the problem persists, you can try to contact Xbox support in order to check if there is a fault in your hardware.