Outriders have launched itself successfully yesterday (April 1, 2021). The game was awaited by the game fans for a long duration of time. Many people loved this game after playing it’s demo. The game offers to play, both, single and multiplayer mode to play. But the players seem to have an issue while trying to play multiplayer mode.

Outriders is a co-op role playing third person game. In the game, players get to make their own characters and select their own classes. There are various types of skills that a character class includes. These skills can be used against other players. The time duration of the skills to be active is not long. The active time for using these skills cool-down after a period of time. But to experience all these features of this game, you need to be able to play the multiplayer mode. Outriders is showing ‘Party Joining Failure’ when people are trying to play Multiplayer mode in it.

How to Fix Party Joining Failure ? 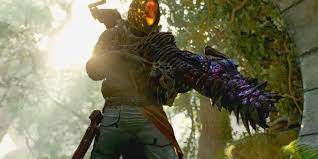 Multiplayer mode of Outriders is facing an issue while players are trying to join their friend;s party in the game. This problems sometimes have been seen on different multiplayer game but this happens only in the crossplay (when people are trying to play from different types of devices). It looks like Outriders is seeing all of it’s players as they are playing crossplay. This thing should never happen when players are trying to play from the same platforms.  According to my point of view, the game which is has a multiplayer mode in it, should not face these small kind of bugs and errors. You can follow these steps to join a Party in Outriders.

(Note: Your friends must also have enabled crossplay.)