Read the article till the end to find out all the relevant information about the various editions of Far Cry 6.

In this article, we have discussed the Far Cry 6: Edition details pre-order and buy online to make it easier for players all across the world. This will help players decide which Far Cry 6 edition to go for while pre-ordering and buying online.

The Far Cry series has grown into one of the most popular shooter games ever and is a huge fan of hopping between entries worldwide. Far Cry 6 has already been announced. Consequently, players worldwide are going crazy after watching the trailer.

Far Cry 6 is a world-famous game from Ubisoft Toronto and Ubisoft Berlin, which takes gamers to the lush Yara islands, wherein a dictator has been spreading his tyranny.

Far Cry 6 Standard Edition is the first and the base edition of the game, which all players must buy if they wish to play the game. The Standard Edition of Far Cry 6 includes the base game only. Even though it doesn’t offer any other goodies, we believe that story itself should suffice. 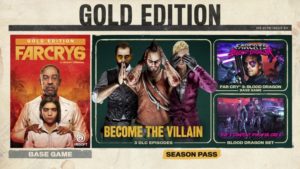 Far Cry 6 Gold Edition is the first special edition. At $110, it contains the game itself plus a season pass that allows you access to 3 DLC packages shortly after the title debuts in October.

With the Season pass, people will get access to 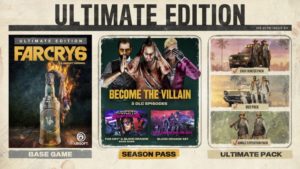 The Far Cry 6 Ultimate Edition is just $10 higher, at $120. It contains the game, the seasonal pass, and the Ultimate Pack. The Ultimate pack has 3 packs of premium items with exotic costumes, firearms, and more.

However, the Ultimate edition is only digitally accessible. So, players who go for this edition will have to give up the opportunity to get a steelbook or a copy of the game. 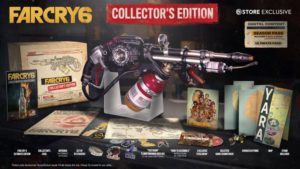 The Far Cry 6 Collector’s Edition is the best option for Far Cry enthusiasts and die-hard fans. The Collector’s edition bundle encompasses everything which the Ultimate Edition has to offer. Additionally, it also provides a unique steelbook and a souvenir flamethrower.

Players can also find other souvenirs like a set of 10 stickers, an Artbook, a Soundtrack, Map of Yara, Chorizo keyring with the Collector’s edition of Far Cry 6. This is only officially accessible from the Ubisoft website.

Is there a Deathloop Xbox Series X & Xbox One Release Date ?