The gaming industry has emerged as a new center of attraction on the web. It is no more just about producing more enhanced equipment to provide you with inspiring real life graphics. People have built a fan base only by streaming the popular games on various platforms. Everyone feels that they can become a professional ESports player, If that plan doesn’t work out, then they can surely satisfy themselves by streaming online the gameplay. Hence, the gaming industry thrives and the market is a busy place. NVIDIA’s next gen lineup of Ampere GPUs, the GeForce RTX 30XX have added to the mix. With the growing market, the brands have also matured, and so have the PR strategies. Each new generation of graphics card comes endorsing with itself a new game that claims to top charts. That trend has continued with AMD choosing Far Cry for Ryzen 5000. 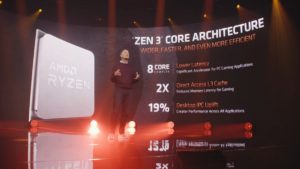 Like I mentioned before, game bundling isn’t a new deal. RTX 20XX series was associated with Call of Duty Modern Warfare. That helped both the GPU series and the game achieve traction. Now, definitely the Ryzen 5000 series is not a GPU line, they are desktop processors. But AMD’s intentions are to contest against Intel which has been leading the single processor internal graphics territory. Hence, the promotional name “Where gaming Begins”, signaling that their processors are the best as far as gaming is concerned. Now, most things boil down to NVIDIA vs AMD in the graphics card space. Now that these two have revealed their game bundles, fans will pip Watch Dogs Legion against Far Cry 6. The former being the game bundle for NVIDIA GeForce RTX 30XX. To those of you unaware of why the two games are making so much noise, find the respective trailers here. Ubisoft can’t help but impress us.