Far Cry 6: All 5 Amigo locations & How to get them

Amigos are guns for hire companions in Far Cry 6. They are useful during missions as an assist and can greatly reduce the difficulty of missions. There are a total of five amigos in Far Cry 6. They are unlocked throughout the campaign. They also all have abilities that can be unlocked to improve their skills during battles. Their perks and abilities are great use for different combat tactics.

Here is a list of locations of all 5 Amigos and How to get them in Far Cry 6: 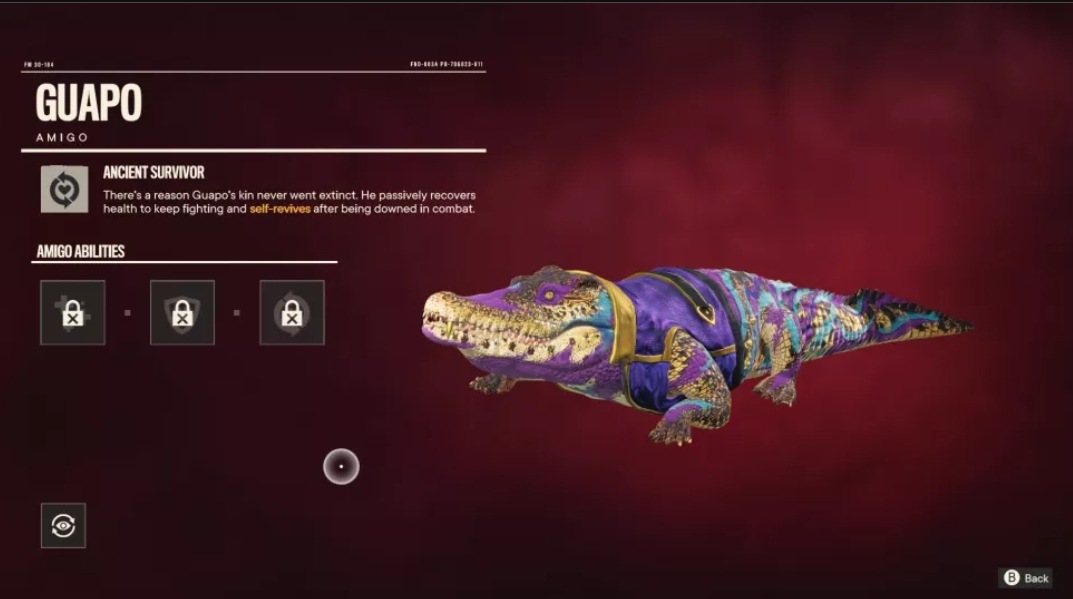 Guapo is the players’ first introduction to the Amigo system in Far Cry 6. It is the first and easiest to obtain Amigo that players can get. Guapo is a bulky alligator endowed with a gold tooth who barrels across the battlefield and mauls enemies. When Guapo is left on his own without any command, he tends to just charge at the nearest enemy or one that provokes him and mauls. Players as Dani can give him directions, command, and make him attack specific enemies. Guapo is also helpful in incapacitating enemies and making them vulnerable to players’ attacks.

Steps to get Guapo the Alligator

In order to get Guapo, players simply have to proceed with the main campaign. Players will meet a character named Juan Cortez, as part of a mission called “Juan of a Kind”. Guapo the Alligator will get introduced during this mission, and by the end of the mission, you’ll have enough of a friendship that he’ll become an Amigo. 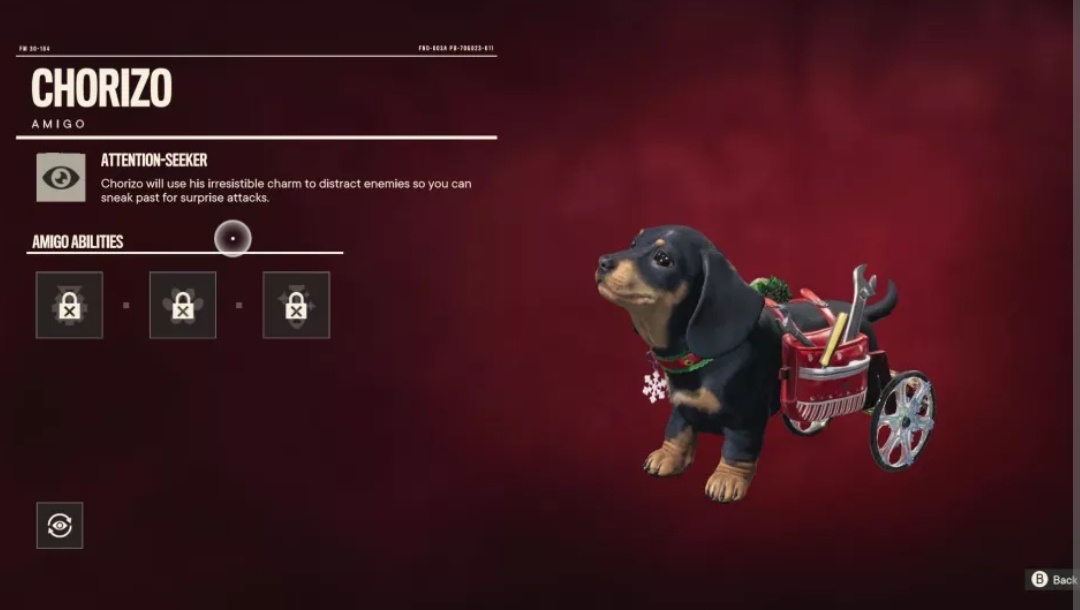 Chorizo the Sausage Dog is one of the best promotional animals used for Far Cry 6. He is a little dog Amigo on wheels who follows you along wherever you go. You can direct him to interact with enemies and distract them. Chorizo will go over to them and get their attention. Therefore, you can use Chorizo to either sneak past or go for a stealth kill. Chorizo is not a combat Amigo, but for players who prefer to infiltrate silently, he’s one of the best Amigo.

Steps to get Chorizo the Sausage Dog

After following the Monteros campaign in the early game, go to meet Philly Barzaga (he has Chorizo with him), and that will start a mission called “Meet the Monteros”. Completing the mission will take you to Montero Farm. Then, head to the kennel on the East side of the main house to see Chorizo. Interacting with him will start a mission called “Who’s a Good Boy?”. You need alligator meat to complete the mission by putting it in Chorizo’s bowl. Petting Chorizo again then starts a new mission called Fetch Quest. You have to follow him around the farm as he finds you items. Once you get the last one, Chorizo can become a permanent Amigo. 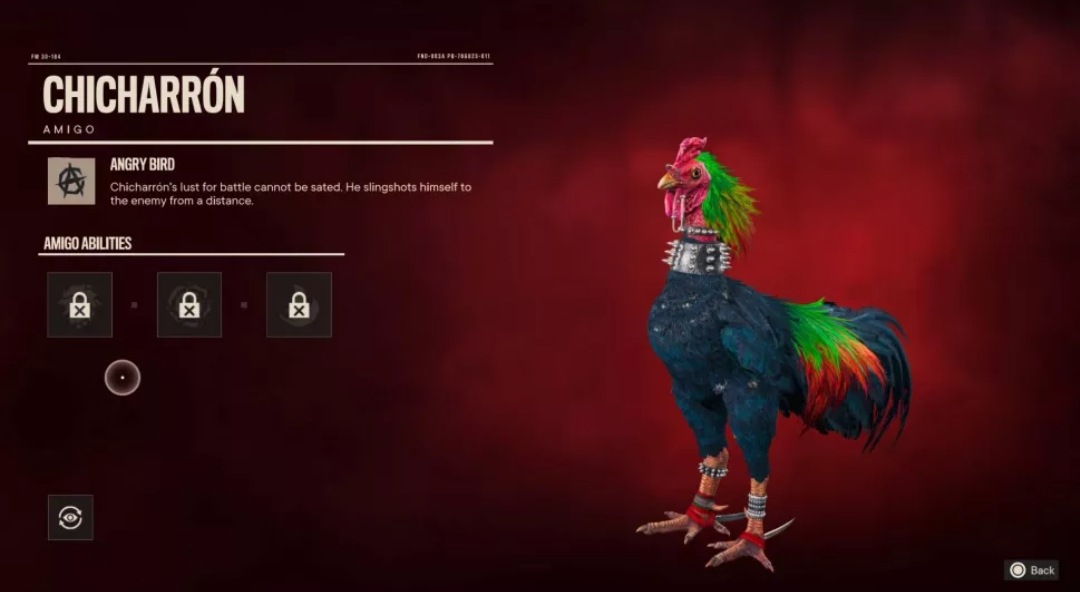 Chicharron is an aggressive Amigo in the game. You can always rely on Chicharron to attack enemies. He’s not a stealthy Amigo. He can inflict fear in enemies in seconds once he gets started. Chicharron is the best Amigo for charge attacks.

Steps to get Chicharron the Rooster

You need to wait until you have the Yaran Story Man’s Best Enemy in the Sierra Perdida region of El Este. Next, you have to complete a few missions on helping Chicharron’s vendetta before he becomes your Amigo. 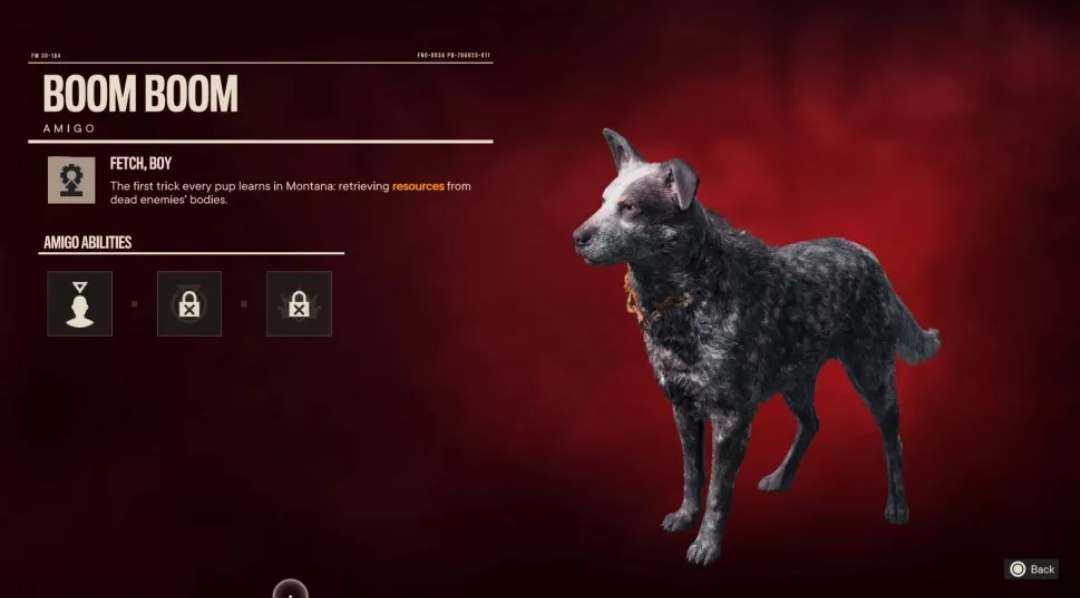 Boom Boom is a secret Amigo from Far Cry 5. His main ability is to loot dead bodies and get you resources.

Steps to get Boom Boom

You have to unlock the mission Boom or Bust from Juan Cortez to get Boom Boom. In the mission, you have to check a few shipping containers to find the right one that contains Boomer, now known as Boom Boom. 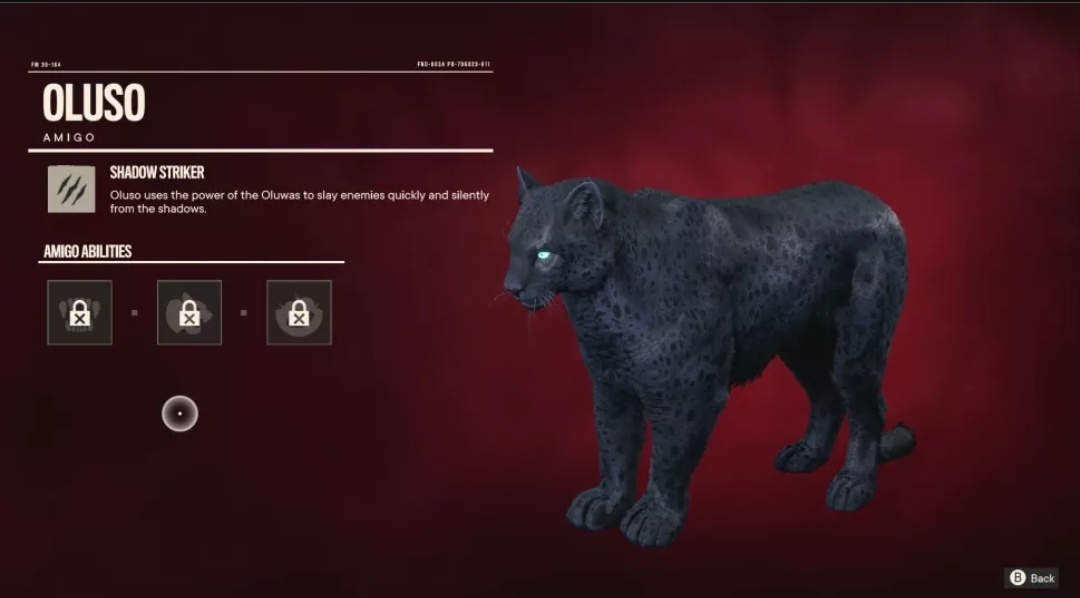 Oluso is a mystical creature, he is a stealth attack, Amigo. This amigo uses silent takedowns to kill enemies without breaking your stealth.

You have to complete the Traida Blessing side quest in order to get Oluso. The quest begins in the starting island of Isla Santuario, in the Oluwa Cave. Go there at any time to start the quest. The quest requires you to find three Relics across the whole of Yara. Once you have all three Relics, take them back to Oluwa Cave. Then, a new area opens inside the cave. There is a chest that gives you a new Supremo and Resolver in the area. Afterward, you have to survive a group of panthers attack including Oluso, then he will become part of your team as an Amigo.