Escape Simulator is the recently released first-person puzzler video game developed and published by Pine Studios. This game is indeed one of the best virtual escape room games available for you. Currently, this game is available to play on Microsoft Windows, Linux, Macintosh operating systems, PlayStation 4, macOS, and Xbox One. Just like any other new game, Pine Studios is also working hard towards fixing the existing bugs in the game and also introducing new features to the game. In this article, we will be discussing about the Controller Support that will be added to the Escape Simulator. Continue reading this article till the end to find out everything about this topic. 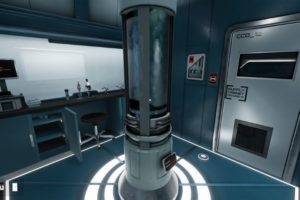 Escape Simulator lets you play the game solo as well as with your friends. This game is best enjoyed when played with 2-3 players. The game has set interactive virtual puzzle rooms for you that you must escape. You must get knowledge from books, move furniture, smash pots, and examine everything in order to escape. In the starting, the game has designed a total of 15 rooms, and the community rooms are also supported. Community rooms are made with the help of the room editor. With its help, you can design your own escape rooms and puzzles. Coming back to the main topic, here is everything that you must know about the addition of Controller Support in Escape Simulator. 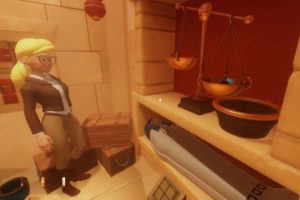 After a dream launch for Pine Studios, they have announced their plans for the upcoming weeks. They have also mentioned they are constructively working for fixing the existing bugs and trying to make sure everyone has the best experience. However, in the plans they announced, there are many exciting things for the players like

Apart from these things, the most awaited, “Controller Support” will also be added to Escape Simulator PC version. This is a big fat news for the players who were waiting for this feature in the game.

So, this was all about the Escape Simulator Controller Support. If you found this article helpful, share it with your friends.

Among Us SVG files for free: Where to download