The hardcore and realistic online first-person action game, Escape from Tarkov, is releasing its 0.12.10 update in the coming week. However, the preliminary patch notes have been released. Here is everything you need to know about the 0.12.10 update patch notes. 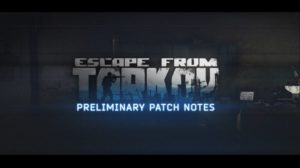 Escape from Tarkov is a multiplayer first-person shooter video game in development by Battlestate Games. On August 4, 2016, a closed alpha test of the game was made available to a small group of users, followed by a closed beta that has been running since July 2017.

The game is set in the fictional Norvinsk country, where two private military companies are at odds (United Security “USEC” and the Battle Encounter Assault Regiment “BEAR”). Players enter matches in which they battle for loot with other players to survive and escape; dying results in the loss of almost all things used and discovered during the game.

During the start of the new Twitch podcast, Battlestate Games discovered the tentative patch notes for Escape From Tarkov 0.12.10. The new patch notes add new equipment and items to the game. It also adds voices to the Scav bosses such as Reshala, Gulhar, and Sanitar. It further brings back the steam audio that will enhance the game’s vertical audio. Furthermore, new items such as heals, hemostatics, backpacks, and barter items are added to the game.

The update will add new actions and conditions and sounds for Scavs. Interestingly, a new range of clothing will be added for BEAR, USEC, and Scavs to make the companies more visually appealing. The players will be now guarded with new types of equipment like Chest rig Azimuth SS Zhuk ( Black and SURPAT) and chest rig CSA. Ballistic glasses NPP condor with armor protection for eyes will also be available. You will also find the Tactical sling Hazard4 Takedown with a normal and a Multicam variant. Moreover, the army cap will be available in several colors and camouflages. 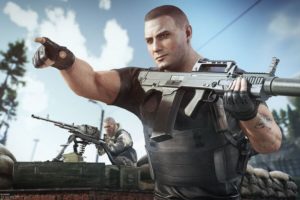 The AFAK, which is a personal tactical first aid kit will be added along with the Emergency water ration. In the area of ammunitions, you’ll find the 7.62×39 mm MAI AP, 5.56×45 mm SSA AP, and 5.56×45 mm Mk 318 Mod 0 (SOST) in the game. Furthermore, PL-15 pistol, UVSR Taiga-1 Special melee/tool, and STM-9 pistol caliber carbine will be there for the attack. Sorting of quests will be done by the current location. Also, you might experience category icons on the post-raid screen. One more thing to note is that, after this update, the item selection window will appear to the left when placing a new offer.

Ratchet wrench, Can of thermite, and TP-200 TNT brick are added to the barter items.

The Steam Audio option is back after some fixes, which will enable the players to discern an enemy player’s location-based on footsteps of gunfire. The deals from The Fence are no longer on view at the flea market.
The sound of rain has been decreased by 30%. Strength and Endurance bonuses have been reduced. On Customs, player spawns have been tweaked. If the “Solar Batteries” block is installed, the “Hideout Management” leveling speed is increased. The Attention skill progression has been simplified. The Mag drills skill progression has been simplified.

The loot isn’t highlighted anymore. More dynamic temperature changes would be possible with the new system (heating, cooling). When using a thermal imager or thermal imaging sights, optimizations have been made to improve performance. 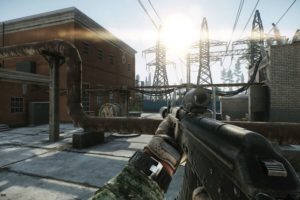 The update fixes the high volume breathing of some BEAR and USEС voices, Error 228, and empty quick healing screen. Bugs with grenades explosion without sound and explosion effect are also fixed. Issues such as reset in the progress of the “Mag drills” skill after leaving a raid, failure in car extract to trigger at the end of the exfil timer, and the difference in the time flow of the Hideout generator are fixed. Various minor bus and network errors are also fixed in the update.

Other issues that fixed:

Moving bots now fire with much less accuracy than stationary bots. The parameters of the effect of bushes on bot visibility have been tweaked. When normal bots detect the player, their reaction time is slowed. At one stage, the player tracking parameters were changed. (bots follow the point less) Also, the Bots’ overall enemy detection radius has been decreased. Various bot-related server bugs have also been fixed.

Shaders were causing some of the freezes and micro freezes at the start of a raid, during battle touch, and during visual effects, so the update removes them. The update optimization significantly reduces the number of micro freezes associated with loading textures by optimizing the consumption of video memory and RAM in the game. Also, the Option is now available at any texture quality, not just for high settings. The Windows swap file should be stored on an SSD for an effective texture streaming method.