Bad Time Simulator is a fun and entertainment based, 2-D game. It was published by user ‘jcw87’ on GitHub. It was originally made and published by Joe Zeng. The game seems to be basic at first but when a person start playing it, surviving for 10 seconds also seem difficult. It is a very challenging game.

This game offers various types of modes to play in the beginning. The modes that Bad Time Simulator offers are Normal Mode, Practice Mode, Endless Mode, Single Attack Mode and Custom Attack Mode. The tagline of this very game says that, ‘Do you wanna have a Bad Time?’. This shows that this game is not that easy to play. Instead, it is frustratingly difficult .

The graphics of the game are not high enough that catches eye of everybody. The game is designed to be played on any browser or computer.

The controls of the game are very simple and easy. All the arrow buttons move the little heart which we have to defend from white bones. For attacking, we just have to press ‘x’. There are not many ways, that any person can learn this game, rather than practice. This game looks more rewarding when we start clearing some levels. One has to have complete control over the movement with the arrow keys to master this game. You can completely say that, “Patience is the Key” to clear levels of Bad Time Simulator. 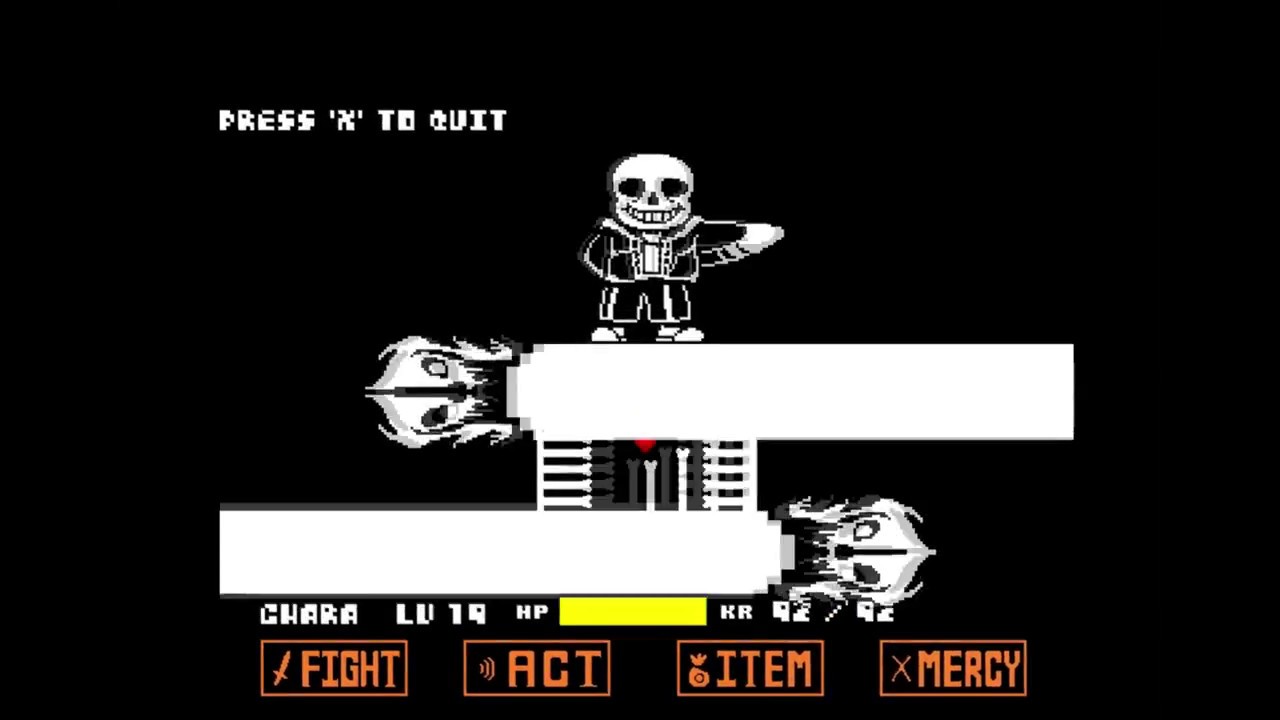 The attack that we are dealing with in the game is called San’s Attack. Sans is a major character in the Undertale game. This game is a shorter version of the boss fights in Undertale Series.

Bad Time Simulator can be played either by installing it in your computers or online on your browsers.

If you want to play it on your browser, head here.