Search engines are the key to knowledge nowadays. They are the banks that give access to almost anything and everything. Vivaldi Browser is a search engine that officially launched in 2016. Initially, the browser released with limited features to draw attention from Chrome and Opera users. Four years down the line and seems like the developers are ready to maximize the potential. Vivaldi launched its official, stable version for Android. There are some interesting features the version brings along and probably will have a better reach than what it got from PC users.

Vivaldi launches in Android and the stable version is all ready to download. But before that, check out the cool features the Android version has brought for us. Also, Vivaldi would be the right choice for those who are looking for privacy-focused and speedy web browsing experience on Android phones, tablets, and Chromebooks. 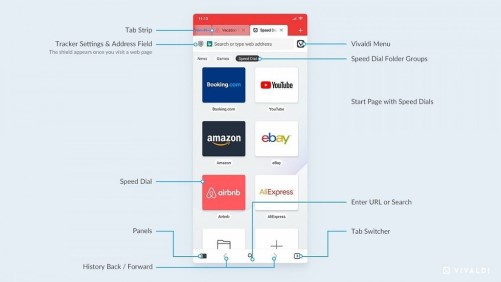 The prime focus of the Vivaldi Browser has always been customization, privacy, and agility. The beta version of this app was released in 2019 which received much feedbacks both positive and negative. Seems like the developers have completely listened to the users’ suggestions because the stable version is fantastic. First of all, the Vivaldi Browser rocks the most minimalist and clean interface. Desktop-style tabs have been around from the beta version. But the stable app has brought a better UI interface with speed dials. This feature will allow users to access a site in one click. 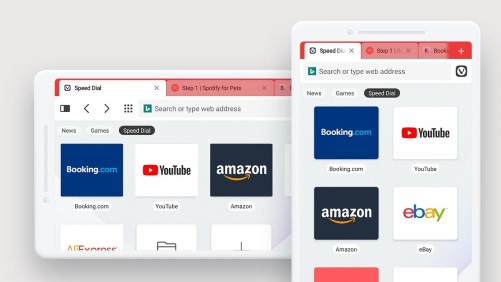 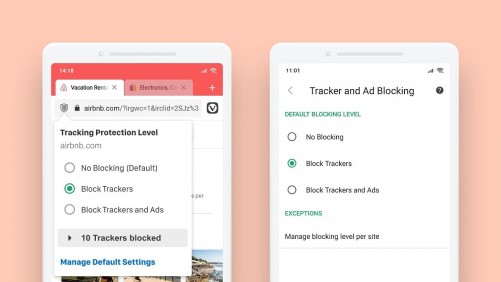 Seems like Vivaldi is going pro with the first build because the app comes with in-built dark mode. Developers have immensely worked on the gestures. The browser provides options like “Swipe to Close Tabs,” “Hide Status bar,” and smaller Speed Dials to get the best appearance. After all, looks do impact the users’ feelings drastically. Vivaldi comes with an inbuilt ad blocker which will be a game-changer. Not many browsers emphasize on ad blockers, but Vivaldi seems to be exceptional. It is also integrated with DuckDuckGo’s tracker radar. Both the blocker and racker will be turned-off in default. You can enable it by clicking on the shield icon along the address bar. 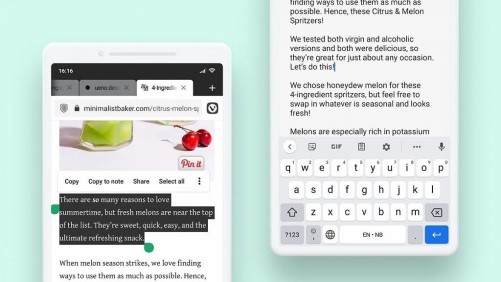 Above all, Vivaldi comes with other essentials that one expects from a browser. These include syncing history, bookmarks, passwords, and other autofill information. All the data is stored in Vivaldi’s servers and the synced data is end-to-end encrypted. Also, you switch between search engines directly from the address bar. Another inbuilt feature is the Snapshot tool. The stable version also allows you to take notes on the browser. 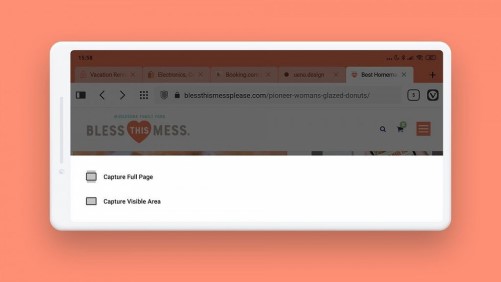 The stable version has been made available from the 22nd of April 2020. Click the link below to download the app from Play Store.

Do comment below how you like the stable version of Vivaldi Browser. Above all, Vivaldi has been successful in the last four years, so the app will not fail to meet the expectations.

Rest assured, stay tuned for related content and more updates. Also, share this article with all those who were waiting for the stable version of this very efficient Vivaldi Browser!