Chinese OEM Xiaomi has witnessed a lot of exponential growth for the past few years. However, it seems like the brand seeks much more. The company has been taking huge leaps to foster its development even further. Xiaomi has proved to be one of the best smartphone manufacturers across the globe. Xiaomi and Redmi devices are just amazing and loved by many users worldwide. These devices are packed with great specs to deliver powerful performance and also sport an impressive design. It offers from a huge lineup of budget centric devices and stunning mid-rangers to some breathtaking flagships. These devices run on MIUI on top of Android.

MIUI is the Custom OS or UI created by Xiaomi for its devices. MIUI provides a very minimalistic and elegant user interface which is really good looking and easy to use. It also comes with a lot of amazing features. The latest iteration is the MIUI 11 which was recently rolled out to Xiaomi devices. MIUI has a lot of fans and is one of the most loved UI’s in the town. Honestly, MIUI is better than other custom skins in the market. Well, any designs or looks that we see in any Custom OS including the menu and functioning are controlled by the Home Screen Launcher.

A system launcher or home screen launcher is a system application that helps us control and launch pretty much everything present on the device. It is responsible for the working of the software of the device. The launcher is what provides animations, looks, and design to the device. The MIUI launcher is undoubtedly one of the best launchers that we have ever come across so far. 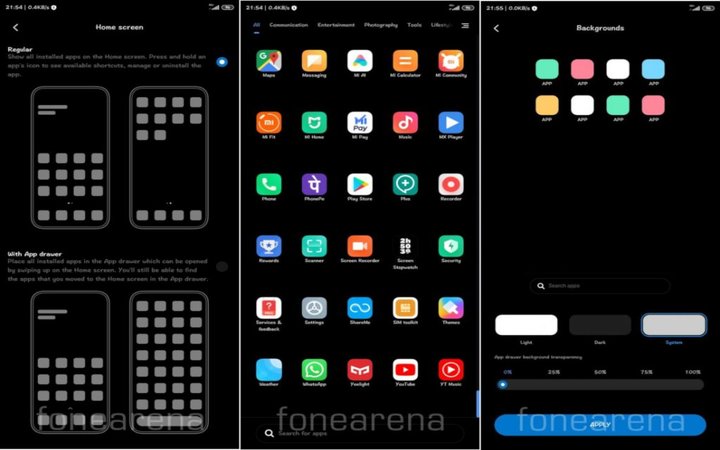 The good news is Xiaomi finally understood the situation and has finally brought all that what was lacking in the MIUI launcher. The MIUI Launcher has got an update. The latest update has brought home a lot of changes and improvements. The update has focused primarily on fixing all the bugs present earlier. Well, we also get to see a feature that was temporarily removed from MIUI. The Split Screen function has been re-added with this update. That’s absolutely great, right! The update also fixes most of the bugs which were present earlier like app crashes, stuttering frame drops, stuck animations, and many more. The latest MIUI launcher comes with the updated version V4.17.0.1656-04011850. Here is what the update looks like and all other changelogs it brought:

While Xiaomi has been delivering several updates to many of its devices these days, an MIUI launcher update was much needed. Finally, Xiaomi delivered the MIUI launcher update after listening to its users reporting several bugs in the launcher. Xiaomi has put in everything to make the experience buttery smooth and fixed all the updates. Let’s see what Xiaomi brings in its upcoming updates. You can easily download the latest MIUI Alpha Build Launcher V4.17.0 and install it on your Xiaomi or Redmi device to fix all those bugs that have been annoying you. You can also enjoy the Split-Screen feature now. So, go ahead, download the MIUI launcher and install it to update your launcher. Enjoy Peeps!!

Stay tuned for further developments about the latest MIUI System Launcher Update. Also, share this article with all those who have been missing out on the latest MIUI launcher.