Create your own Galaxy Home screen with Home Up

One UI is one of the best CustomOS we have seen so far in the market. Samsung has done a pretty good job with the OS. Well, One UI packs some of the most amazing features with it. To be honest, the UI designs in OneUI are beautiful compared to many other Custom OS in the town. Not just that, with the recent updates, Samsung brought yet another set of new and cool features to One UI. One of the other highlights of One UI is that it offers a lot of customization options inbuilt. You can tweak pretty much everything on your device the way you want. But, that’s not all, Samsung devices have yet another amazing tool for customizing the devices entirely. Yes, we are talking about Good Lock.

Good Lock app for Samsung devices basically brings us the ability to modify the looks and feel of the device. Guess what; the latest Good Lock update brought the support for One UI 2, which wasn’t earlier supported. But for the proper functionality, all the app modules need an update as well. Good Lock has a ton of awesome modules for tweaking various parts of the system. These modules offer many cool features to the users.

Home Up module for Good Lock:

While there are already a bunch of amazing modules for Good Lock, they have now come up with a new module. This new module is called Home Up. Just as the name suggests, this module lets you level up your home screen a level further. It brings the ability to tweak your home screen and app screen to the way you like it. Home Up is a pretty interesting module and one of the best we have seen so far. Well, it comes with a lot of other cool features besides the tweaking abilities, of course. 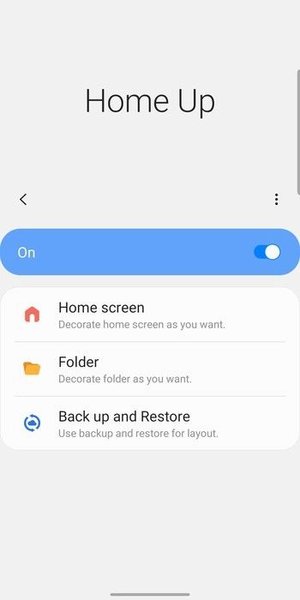 It’s true, you can tweak every tiny aspect of your home screen launcher. Starting from the screen layout and icon sizes, you can customize pretty much everything that you see on the screen. Well, out of the many amazing features, there are a few features that are the main highlights of the module. So, here are all those features that you are going to like as much as everyone else is. You can download the Home Up module from the link given below.

Home Up lets you open any folder on the home screen as a new small pop-up design instead of a large window occupying most of the screen. You can also customize the background color of the folders and the transparency as well. Pretty cool, isn’t it? You can choose from a rectangular design for the folders or a more smooth design with curved edges. Well, now you also don’t have to name the folder, Home Up does that automatically for you. With the help of machine learning, Home Up automatically suggests and names the folder accordingly. 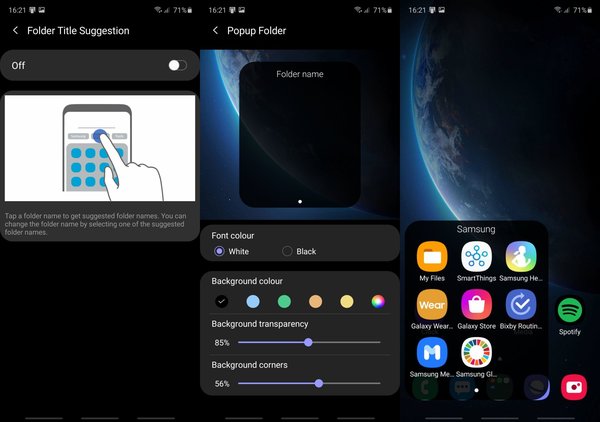 You can tweak your home screen to make it look better than before. Now, you can get a much cooler look by setting the background blur settings. You can set the blur percentage to the level of blurriness you want. This will also help you save some of your battery. Well, you can also change the icon sizes and change the app icon grid on the app screen as well as the home screen. Furthermore, you can also add the screen loop effect to the app screen and also hide the app icon names. These are really some of the much-needed tweaks. 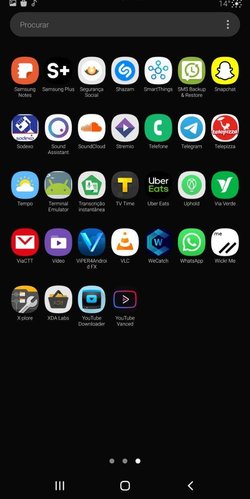 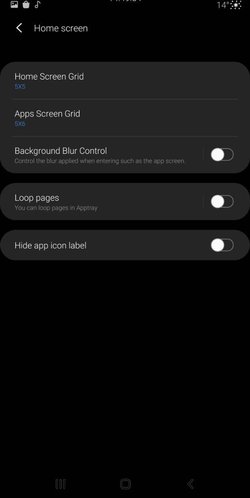 In case you mess up with the settings accidentally, don’t worry because you don’t have to set the whole thing up again. Home Up can save a backup of your current settings and screen layout, and you can restore it whenever you want to. You can also schedule automatic backups at intervals of either an hour or a day. Sounds interesting! 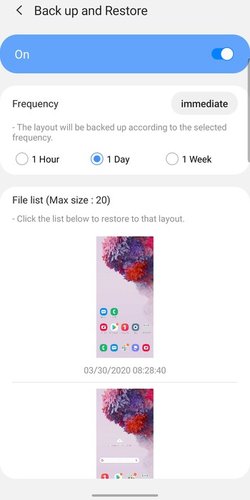 These were some of the most amazing features of Home Up. However, the module is not currently available for every single Galaxy device out there. Yes, it’s sad to say this, but it’s true. As of now, only some of the devices are supported by Home Up. The Galaxy Note 10 series is one of those lucky devices. The S20 series will also be supported for sure. Don’t worry; we might see the module for other Galaxy devices soon enough.

Stay tuned for further updates on the Home Up module and more such related content. Also, share this article with all those Samsung users who wanted such an amazing Good Lock module.