It is one of the finest third party camera apps with Google’s amazing image processing algorithms. The Google camera app has a set of amazing features which help the user to take perfect shots. HDR+ is a feature on the GCam app which enhances the high dynamic range and gives an overall better photography experience. Nightsight helps the camera to capture high quality and detailed pictures even when there is little to no light. This is done by capturing multiple long exposure shots. There’s also another feature of the GCam app called Portrait Mode. It outputs a DSLR like picture with the subject in focus and background blurred, creating a bokeh effect.

Also, let’s talk about the phone for which the custom version of GCam has been released. The MI 11 was launched on 28 December 2020, the phone sports a 6.89 inch display with a resolution of 1440×3200. Under the hood is the latest Snapdragon 888 with 8 gigs of RAM and 128GB internal storage. The MI 11 is running Android 11 powered by a 4600mAh battery. The battery supports Xiaomi’s proprietary fast charging. It was launched in Midnight Gray, Horizon Blue, Frost White Vegan leather: Lilac Purple, and Honey Beige colours and has a anti-glare frosted glass on the back. 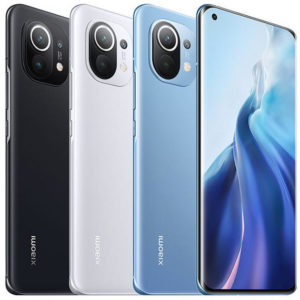 GCam’s 8.0 version has been released for the MI 11. It brings seamlees zoom feature, audio zoom and more to the MI 11. But some of these may not work at all or may not work properly.