The Google Camera apps was launched on April 16 2014 for Android devices running Kitkat or higher. Initially, it was available for all Android devices but now Google has limited the app to only devices manufactured by Google Itself under the Pixel Lineup. The GCam has great integration with Pixel Neural Core which which was introduced with the Pixel 4. The Pixel Neural Core aids the image processing.

Even though the app is limited for Pixel devices, developers have been releasing unofficial versions of GCam app with the help of camera ports which workaround Google’s API. Now, the GCam app has been made available for the OPPO Reno 2F. 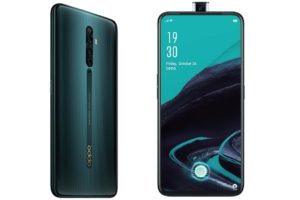 Talking about the Reno 2F, the phone came out in late August of 2019, with the Mediatek Helio P70 under the hood and ran Android pie. It had a 4000 mAh battery with OPPO’s proprietary VOOC charging onboard. The phone has a quad rear camera setup with 64+8+2+2 megapixel cameras and a 16 megapixel camera on the front. You can download the Gcam from the link below to take full advantage of this hardware with GCam’s excellent image processing algorithms. GCam’s 6.2 version has been made available for the Reno 2F which brings features like portrait mode, HDR+.etc.

Here’s how you download the GCam app on your OPPO Reno 2F:-