ESL has announced the ESL One Germany 2020 Online Dota 2 tournament for Europe and the CIS. 16 teams will take part in it, which will compete for a prize fund of $ 400 thousand.

The organizers invited eleven teams to the event – Team Secret, OG, Nigma, Ninjas in Pajamas, Alliance, Team Liquid, Virtus.pro, Natus Vincere, Viking.gg, HellRaisers and FlyToMoon. Another participant who received an invite from ESL will be announced shortly. Four more teams will be able to qualify for the tournament.

The event is scheduled for October 5 – November 1. The group stage of the tournament will be held according to the Swiss system. The teams that win three matches will receive a place in the playoffs. The decisive stage will be held according to the double-elimination system with matches up to two wins. The winner of the championship will be determined in the best-of-5 series. 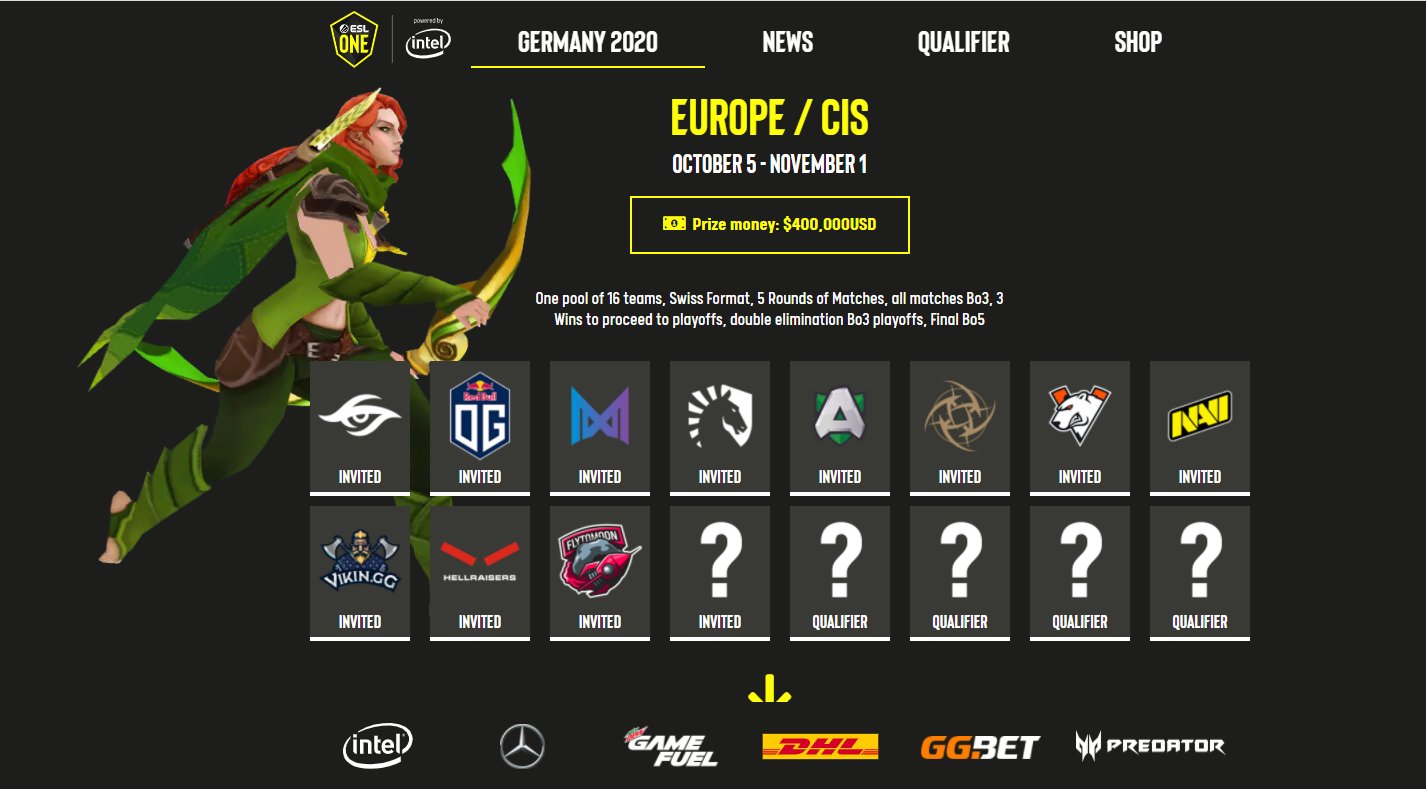 Navi with New Roster in ESL One Germany 2020

Natus Vincere will update their Dota 2 roster before ESL One Germany 2020 – the tournament will be the debut tournament for the team. The team representatives reported this on the official website.

What changes will occur in the lineup is unknown. The club will tell you more about the reshuffle until September 20. Earlier there were rumours that support Ilyas “illias” Ganeev would leave the team. Natus Vincere declined to comment on this information.

There will be 4 qualification spots for ESL One and it will be a tough fight for NAVI. Will the new inclusion or changes be able to gel together so close to the tournament. Or are we in for the return of Navi to its former glory? Seems unlikely. I like Illias and hope that he joins a young team like VP.Prodigy (there are rumours).

It will be a cracking tournament though hopefully not the same one sided affairs that we have seen in the past ones.

You should watch it in-game or from the twitch/youtube ESL official streams. Use and watch on exclusive streams to support tournament organizers. Learn more about the new streaming changes to Dota 2.