If you are wondering why Division 2 is not working on Xbox One for you, fret not, as it is currently having issues & many players are experiencing login errors.

Developers have released an official statement regarding the same & they are currently investigating the issue. The official statement from developers read as follows : We’re aware of an issue where some players on Xbox One are not able to log into the game as their characters are shown as Locked. The team is working hard to find a solution as soon as possible. 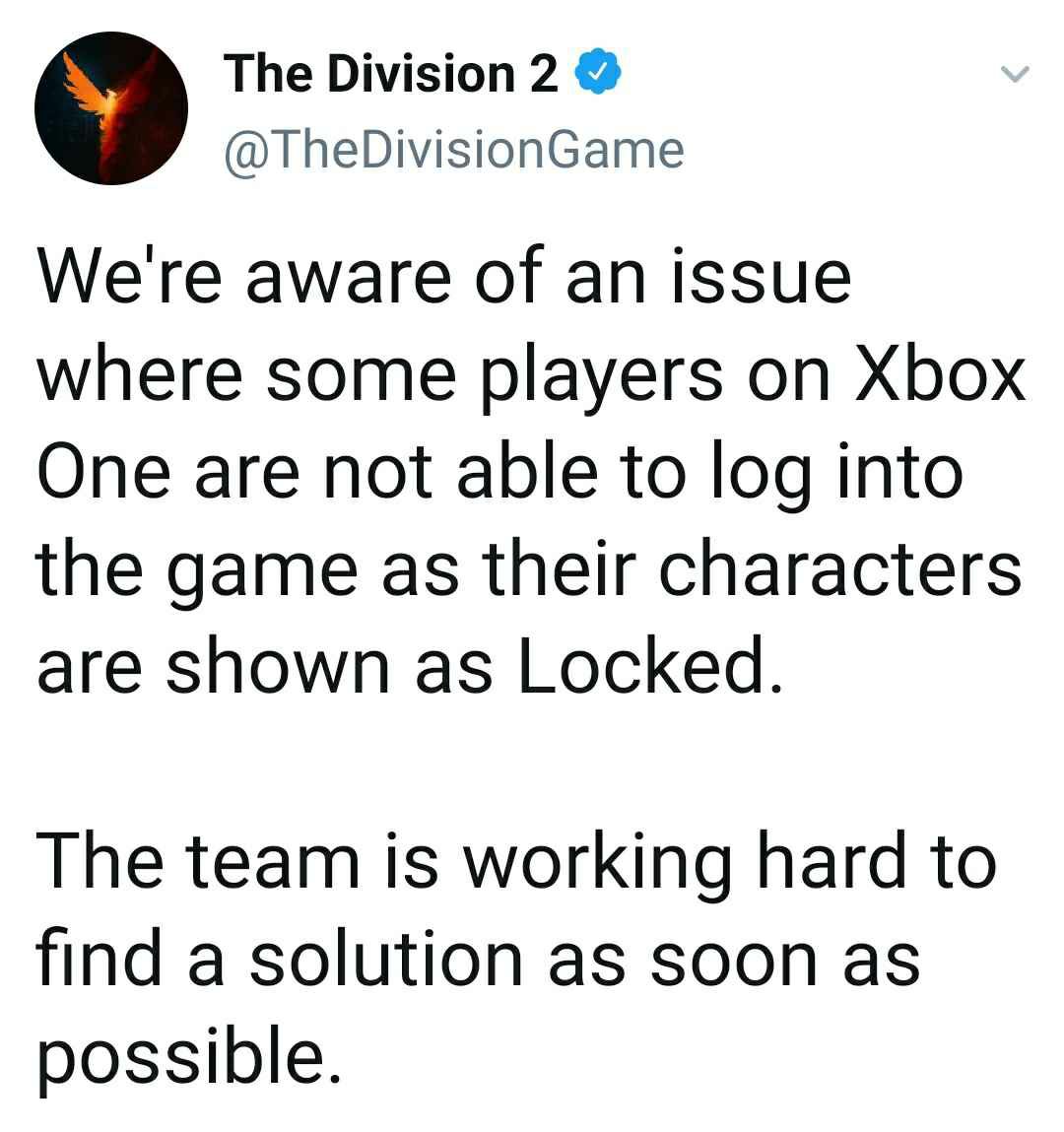 We certainly hope that developers will resolve the issue soon. We are keeping a close watch at this issue & will update you with more information whenever any another update will arrive.

Fortnite 12.10 patch update – Sprint by Default” setting has been changed to “On”

Fortnite 12.10 patch update - Sprint by Default" setting has been changed to "On"