Fortnite 12.10 patch update – Sprint by Default” setting has been changed to “On” 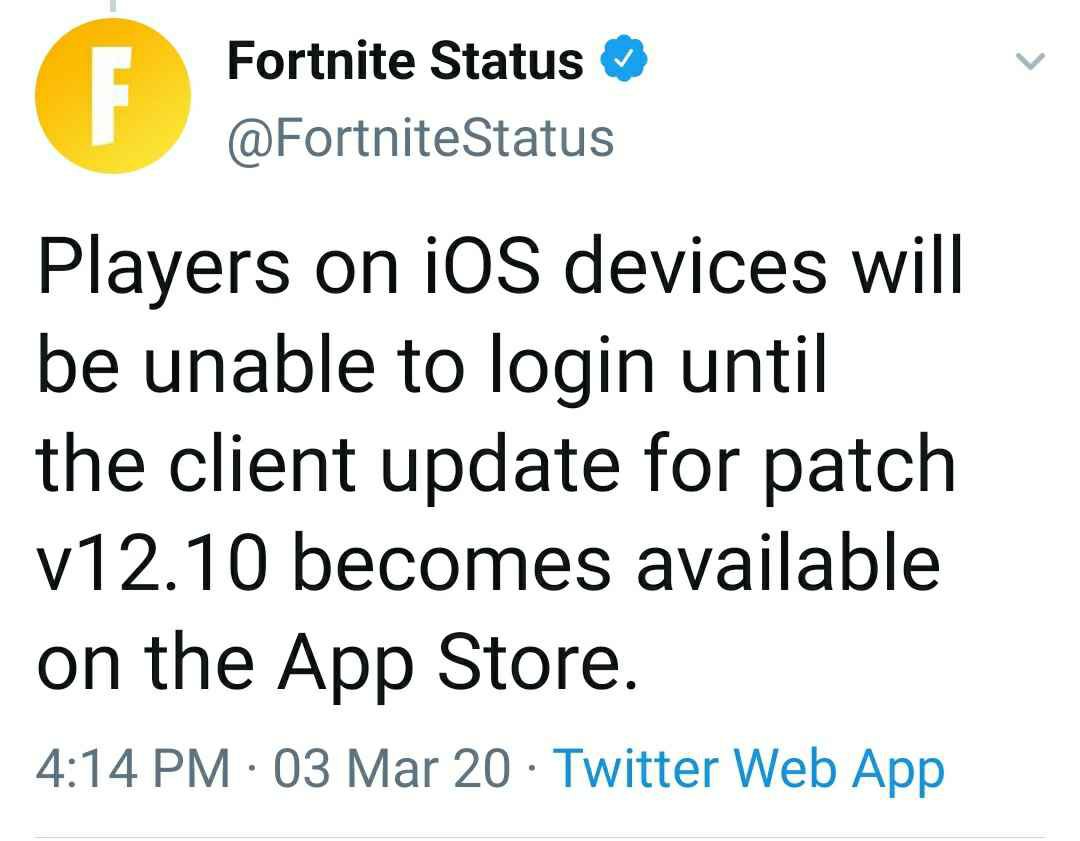 Coming to the topic, in the update v12.10, “Sprint by Default” setting has been changed to “On” for all players.

If you’re having issues with sprinting, you are required to navigate to your Game Settings and verify the “Sprint by Default” option is on your preferred setting. 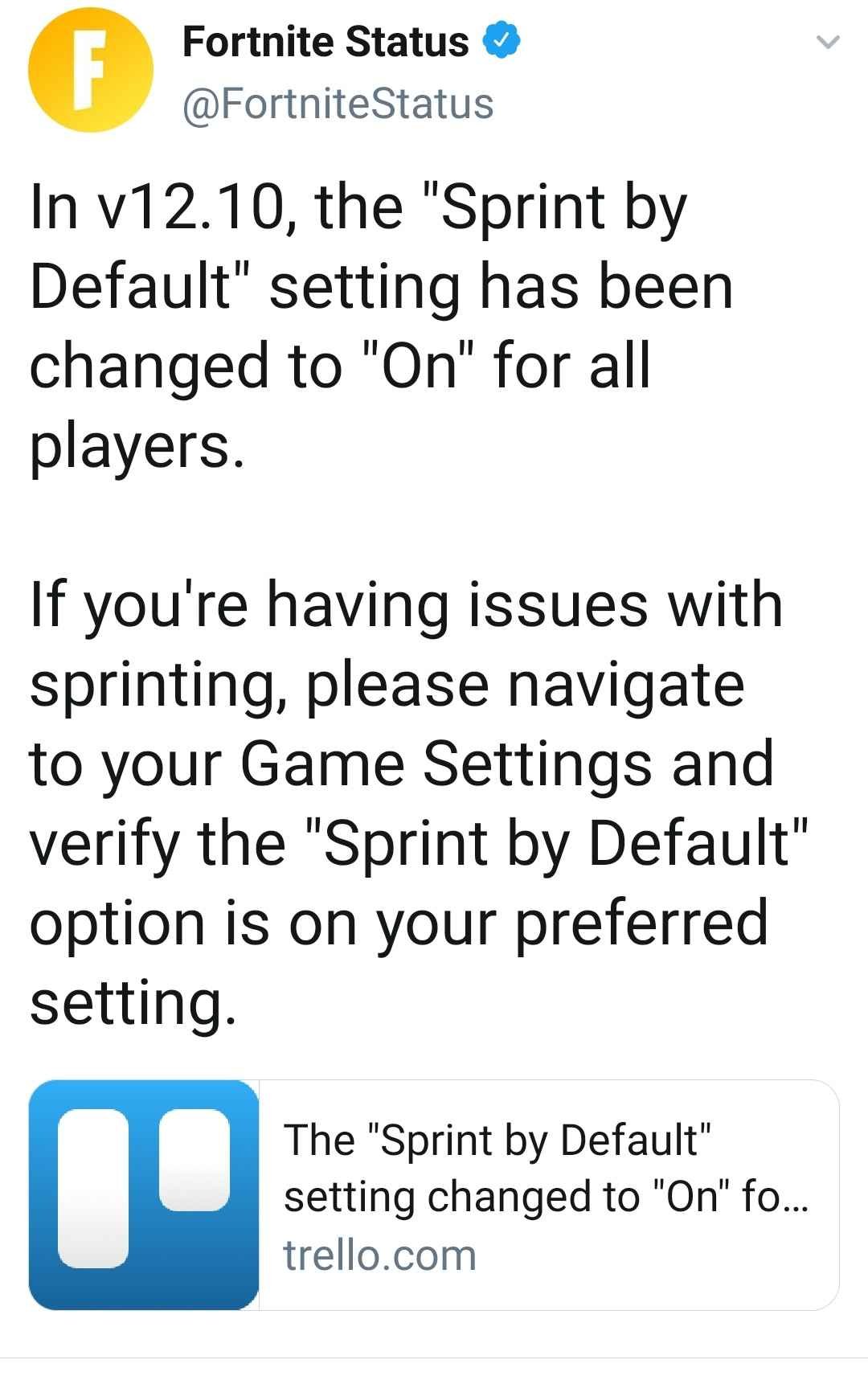