If you dreamt of having all your favorite characters from Disney and Pixar universe with plenty of adventure to experience, Disney Dreamlight Valley is the game you should keep tabs on. Built with a partnership between Disney and Gameloft, it is a life sim and adventure game that has plenty to offer in terms of gameplay and a good story with plenty of iconic characters that you’ll encounter and have fun doing simple things. The game’s page is listed on Steam and players who own PlayStation, Xbox and Switch are wondering when will it release on their platform. In this article, we’ll brief you more about the game and its potential release date. 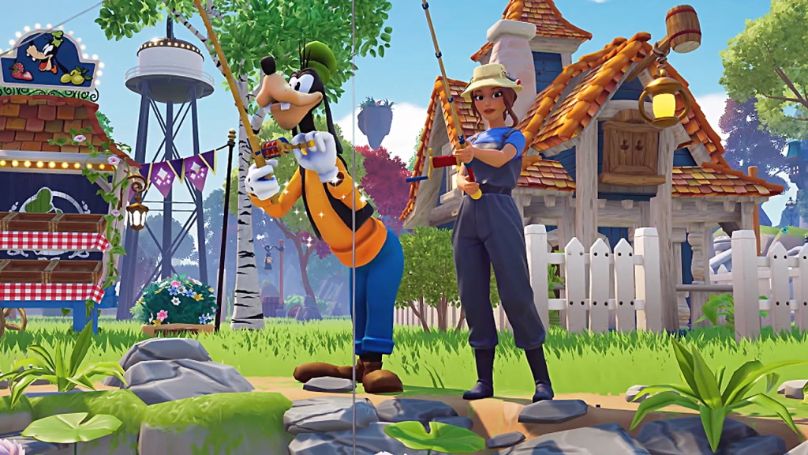 Disney Dreamlight Valley lets you enjoy both the beauty of life sim and adventure, as you can garden with WALL-E, cook with Remy and build and prosper together in the valley alongside your favorite character. Judging from the trailers of this game, it does look promising and it’s only a matter of time until it comes to early access this summer so we can all experience the game and what it has to offer. The graphics look nice, the music and atmosphere are so on point and the characters do feel authentic as they were originally portrayed in Disney and Pixar universe. The overall setting of the game is beautiful with a colorful art style. The environments look great and reflect the overall charm of the game without compromising anything.

When will Disney Dreamlight Valley be released for mainstream consoles?

After looking more into the release date of Disney Dreamlight Valley, it isn’t that far as the developers of the game are still tweaking out a few things before releasing it in the early access period on Steam. Disney’s most anticipated game will be fully launched as a free-to-play game in 2023. However, PC players will be able to experience the game first this summer as part of the early access. If you want to get your hands early in this game, you can buy the Founder’s pack or through Xbox Game Pass member ahead of the game’s launch in 2023. As soon as we get more official information about Disney Dreamlight Valley, we’ll keep you updated as soon as possible.

We hope that you enjoyed reading this article, stay tuned for more updates about Disney Dreamlight Valley, news, guides, and other stuff at Digistatement.

How to fix Elden Ring Failed To Load Save Data issue